To be honest, I’m not the biggest fan of models.


I know it’s highly judgemental on my part and almost sacrilege from someone who is deeply embedded into fashion, but from my experience I get the impression they take life a little too seriously.

Don't get me wrong. I know it’s a damn hard job, and they have my utmost respect for the job they do, but on the few occasions I've been lucky enough to be behind the scenes (for example backstage at Audi Fashion Festival) I only needed one hand to count the number of smiles on show, even hours before a show.

But not all models are created equal. So when I learned that America’s Next Top Model’s winner Sophie Sumner was going to be at Digital Fashion Week (walking for Singaporean designers Thomas Wee and Ownmuse), I knew it would be a different story. Having followed her journey on Top Model and seen her (very dry and British) sense of humour and larger than life personality, I know the perma-pout will be replaced with laughter and smiles in Singapore.

What is doubly exciting for me is that during DFW I’ll be interviewing Sophie LIVE on Google+ and YouTube after one of the shows which she’s walking in.

But you all know I'm impatient when it comes to awesome fashion people, so I badgered the people behind DFW into allowing me an EXCLUSIVE email interview as a warm up. It's also for those who didn’t get the chance to see her during Top Model, it’s the chance to get to know more about her and see her funny side.

Of course I wasn't disappointed - and love her answers to some of my slightly cheeky left-field questions. Check out Sophie’s answers below and watch this space (and my facebook page) for updates on the LIVE interview and the shows she’ll be rocking in Singapore! I can't wait to meet her and hangout, both on Google+ hangout and in real life.

Bonjour Singapore: You won the America’s Next Top Model – British Invasion. What’s the biggest difference it made to your life since winning?

Sophie Sumner: Well I have been able to travel a lot this summer with work! It’s great to see all these new places, Jamaica, Philippines, Singapore!! It has also allowed me to make the move to New York where I currently live now, so that’s a pretty big change!! 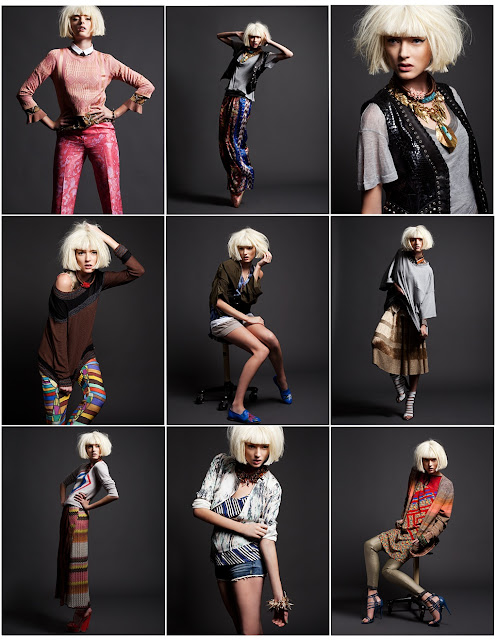 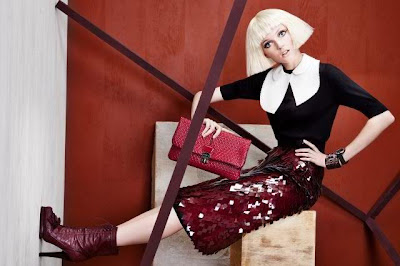 I had followed the season of America’s Top Model in which you won and because of watching your journey, like many people, I feel that you are more relatable as a ‘real’ person whereas models in general are almost always viewed as other-worldly creatures. How does that make you feel and did fame and winning change you in any way?

No not at all! The series actually has not aired in the UK so many of my friends haven’t been able to see it! I think with the importance of social media, models are more now than “other worldly creatures” they have to have a voice be able to represent a brand, stand out amongst everyone else with their personality… So I am lucky that people already relate to me as they followed my journey and there are plans in the pipeline that you can follow my journey after Top Model as well…

A disproportionately high number of the world top models are British. Is there something in the water there?

I didn’t think of that! Yes maybe there is a special something in our British water, who knows! There is a huge love of the fashion world in the UK. It is a big market. I grew up reading all the Vogues like many children, maybe it is imprinted in more of us from a young age, so we subconsciously chose fashion as an industry…or maybe it’s our British accents!! 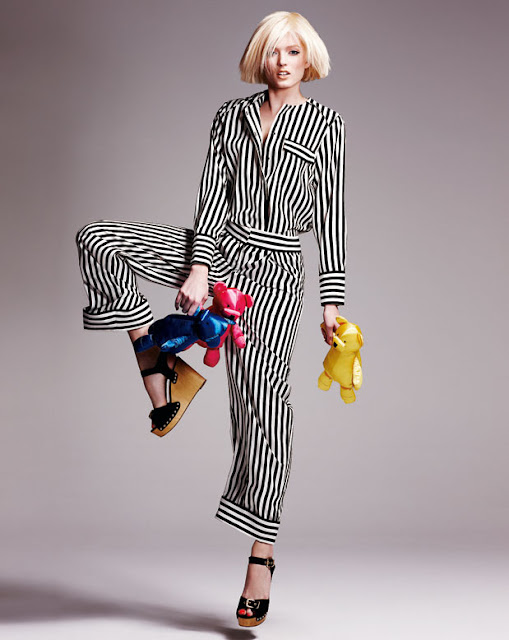 Tyra Banks was in town last month to announce the Asia’s Next Top Model. What is the advice you can give for contestants who want to take part?

Have fun!!! As corny as it may sound, doing Top Model is a tough process for anyone, so as long as you can stay yourself and have fun you will do well!

Is your first time doing a show for Asian designers?

I actually have done a few before post Top Model. I love the styles, so I am so excited to come back and walk again.

What has been your favourite job/shoot/show so far in your career?

Honestly, I love waking up day to day and not knowing what I may be shooting that day or where in the world I may be going next week… Shooting Italian Vogue in Paris with Vincent Peters was very special for me. 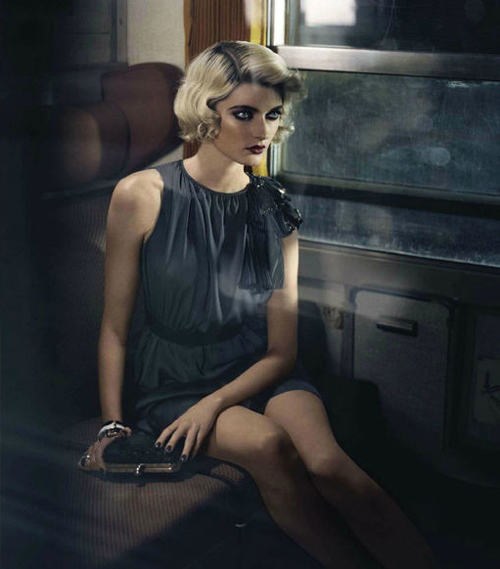 If you were to choose any designer to open and close the show for. Who would that be and why?

Hmm, that’s a tricky one, maybe Burberry. It is quintessentially British and I admire all that Christopher Bailey has done for the brand. I also just went to the show a couple of weeks ago and the clothes/music/ set up are always so gorgeous.

What was your reaction when you were asked to participate in an online only catwalk show with no LIVE audience?

Weird!! It’s like the catwalk of the future!! It’s going to be so much fun!!!

Is Tyra Banks as crazy in real life as she comes across on TV ;-)?

That’s funny! No Tyra is a very calm soul of what I saw of her. We didn’t get to spend much time with her as she was our judge but she had her fun moments!

What’s the best and worst thing about being a model?

What’s the funniest thing you’ve ever seen backstage at a show?

Oh goodness, there are many! I think it was probably watching a male model doing loads of quick press ups just before he started walking in an underwear show, literally just before he was about to go on!!!

Last but not least, how to you keep your body fit and your skin looking gorgeous? Any tips for the rest of us?

I love Zumba, and in New York I have just started to get into running. I have an amazing woman in New York who has her own skincare range which I absolutely swear by and lots of fresh fruit and vegetables give you that healthy glow :-)

Most of the photos in this post are from Sophie's personal blog Trouble on Bubble which is as fun and amusing as the hot top model herself!!

Just send me the question you would like to ask Sophie Sumner during my DFW Google+ hangout live interview on October 21 at 10pm (Singapore time). Best question gets a pair of invites to the exclusive event to see her walking for Singapore label Ownmuse. 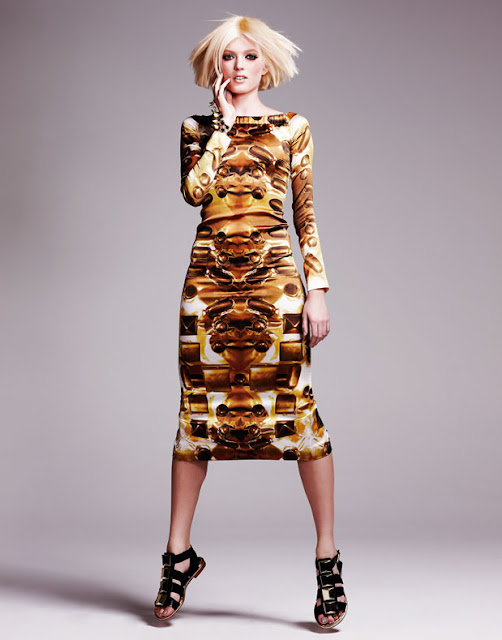 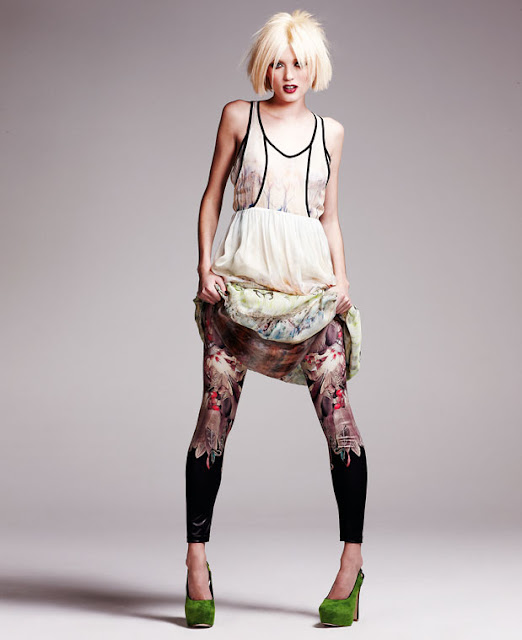