Middle Eastern women are some of the most glamorous in the world.


You might not believe that if you watch too much of the news but it’s really true. Just walk down any street in Beirut or Tehran and you’ll see women dressed up from head to toe, perfectly made up even if just to visit the neighbours or the grocery shop.

I think it’s something in our DNA, or maybe in the culture which puts so much importance on looking elegant and chic. Pretty much all of our designers do ballgowns and flipflops are nowhere to be seen unless you happen to be at the beach (even then there is a fair share of heels and bikinis).

So when I received an invite to a show by Bahareh Badiei, a Singapore-based Iranian designer, I naturally expected one thing – glamour!

On the flip side, I was also a little concerned that her Middle Eastern esthetics and taste might lead to something a little over the top and I was busy mentally practicing the art of smiling sweetly when you actually want to make improvements with a pair of scissors.

But when I arrived, boy was I surprised! Rather than all things bling, Bahareh’s collection was an embodiment of a rather understated chic, effortless elegance which strikes a perfect balance for modern day women on the go.

Yes there were no crystals, embroidery or any form of embellishment on the clothes. The luxury feel came from the high quality fabrics (mostly crepe de Chine, silk, chiffon and lace) and the jewel toned carefully picked shades which softly whisper elegance and sophistication. 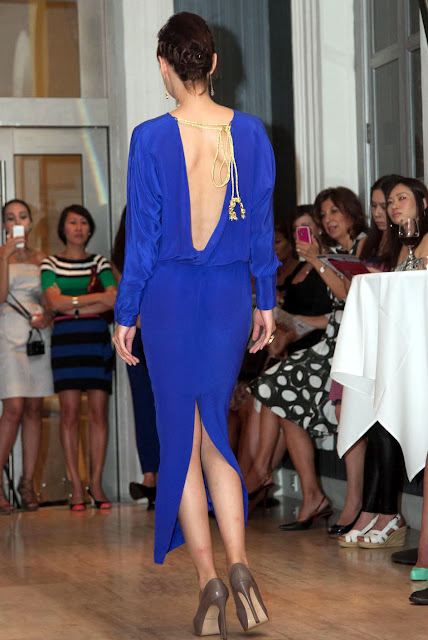 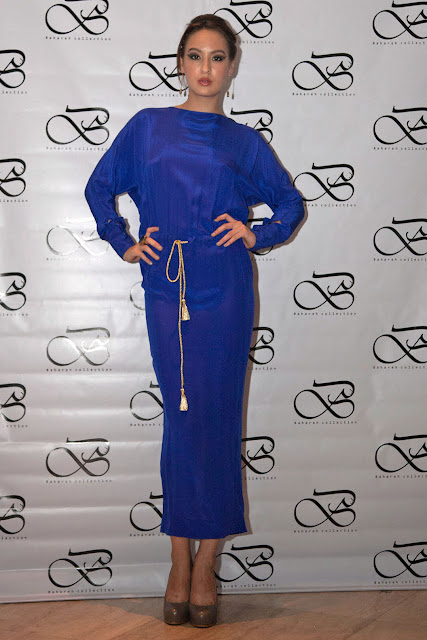 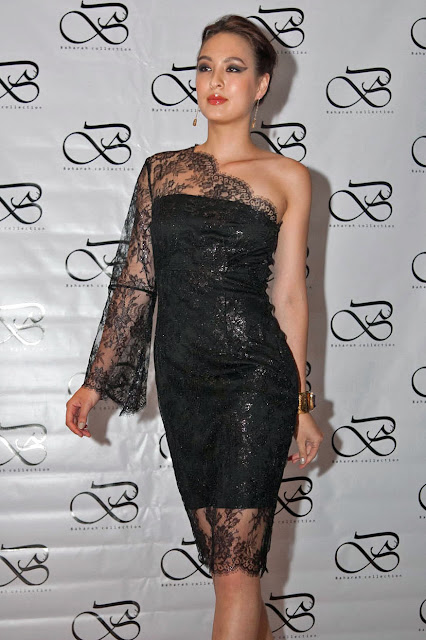 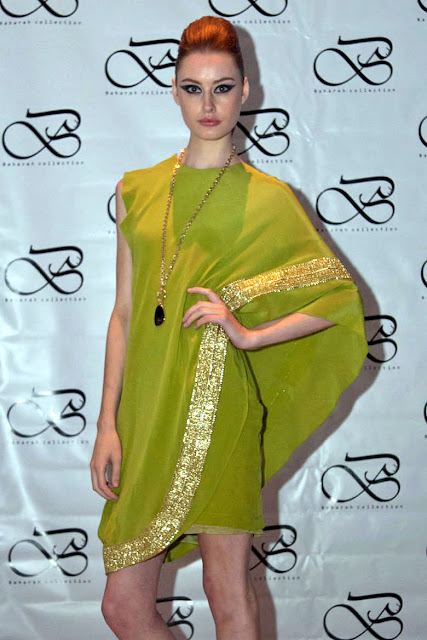 It was all classic and chic with an unexpected twist like the golden ropes tied on the waist or the neckline, and a lot of emphasis on back details.

The collection which mainly consisted of cocktail and evening dresses was subtle and hints of playfulness came in some pieces like the cute teal taffeta frock with a reverted collar in the back and an impossibly elegant off-white dress with buttoned-down detail in the back. The cuts were also flowing, feminine and not too clingy which makes them comfortable to wear.

What I loved most about Bahareh - Like me she has lived in Dubai and decided to pursue her true passion for fashion in the Lion City – and her designs is that they reflect who she is and where she comes from but also transcends boundaries in the way they can be worn by any woman. 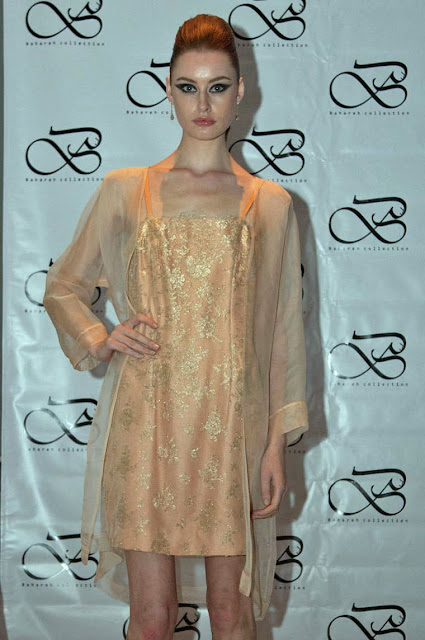 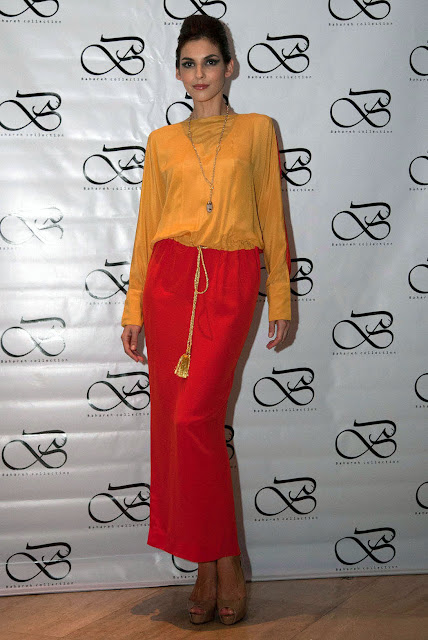 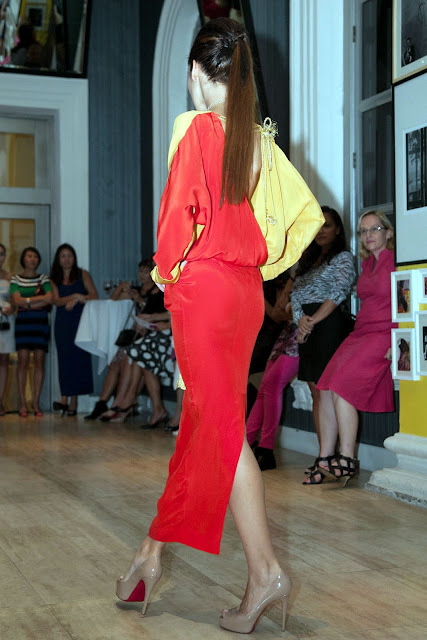 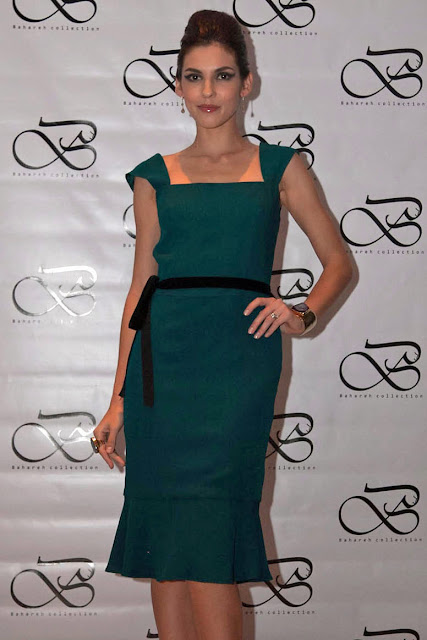 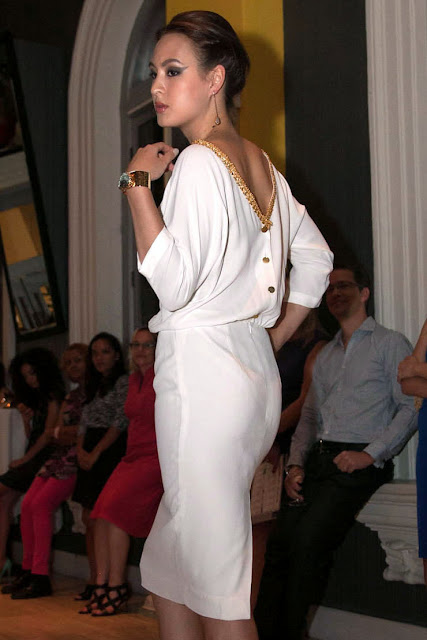 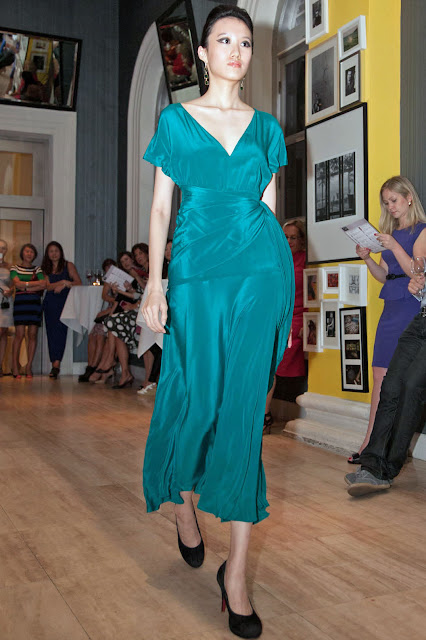 I have no doubt that the well-travelled designer has drawn on her experiences and explorations (she started off as an artist!) to come up with something for everyone.

But I’d be lying if I said that this was the only reason I like Bahareh’s collection. I’m also a little biased here especially that we instantly bonded over our Middle Eastern origin, love for her home country (Iran is one of the most beautiful places I’ve ever been to!) and experiences we both had in Dubai and around the world.

So yes, I’m very happy there is someone - particularly this stunning mother-of-two - bringing a touch of glamour and chic to sometimes too-casual and laid back Singapore. Take it from us ladies, throw out those shapeless and boxy LBDs and indulge in some elegance – Middle Eastern style.

Bahareh’s collection will be displayed at TwentyTwenty9 (501Bukit Timah road) and is available for pre-order, and custom-made (including colours and measurements) upon order.  Prices range from S$550 to S$1000.
You can email bahareh@baharehbadiei.com or go to her website to view the whole collection www. Baharehbadiei.com. 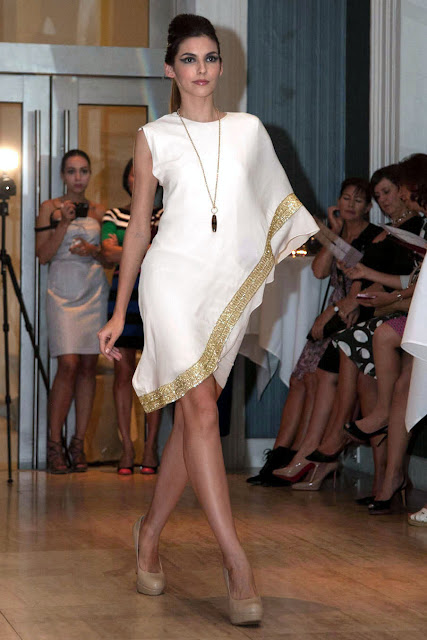 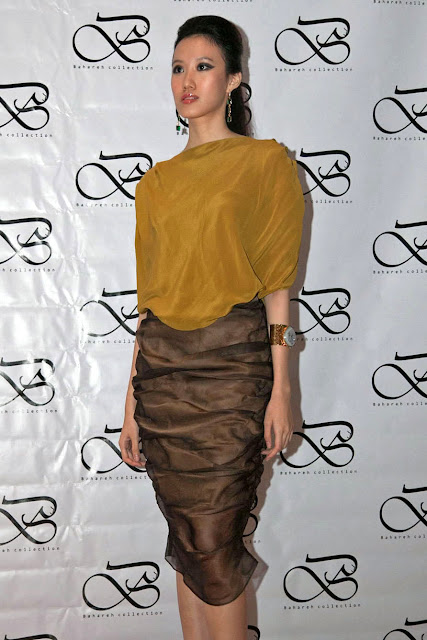 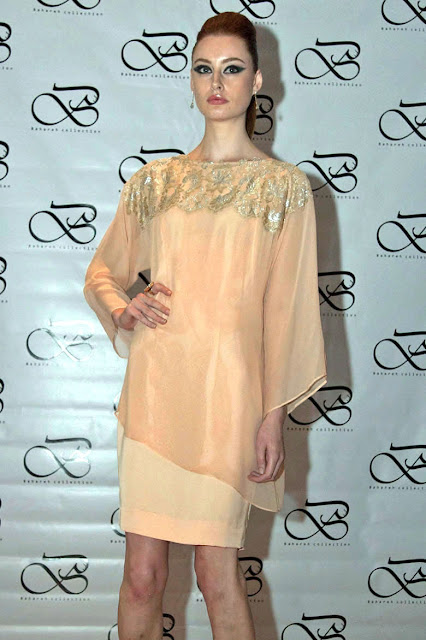 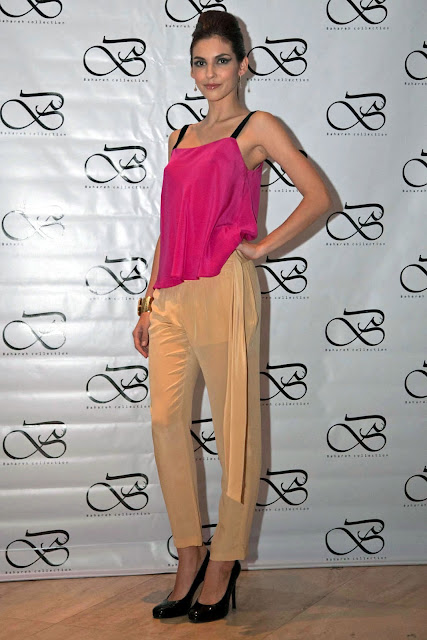 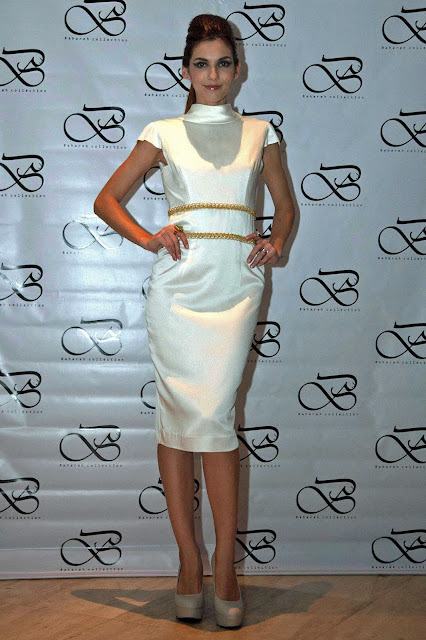