Yes, Digital Fashion Week (DFW) is returning this year. And yes once again I will be hosting it alongside my dear friend and gorgeous host Yvette from Tanjong Bazaar.

But the thing I’m so excited about in this second edition is the amount of local Singaporean talent it is showcasing as well as its fringe event which combines two of my favourite things: fashion and film.

Prepare yourself as there will be more coverage coming up about DFW closer to the date and some AMAZING SURPRISES you never guessed (wink wink I cannot tell you yet!!!) but this particular post is about the event which is happening with the support of the British Council and starts end of this week.

I am taking about the ‘Dressing the Screen: The Rise of Fashion Film’ exhibition which will showcase works by some of the world’s best fashion designers and film-makers from varying angles and perspectives – all through a series of films put together by respected British curator Katheryn Ferguson. 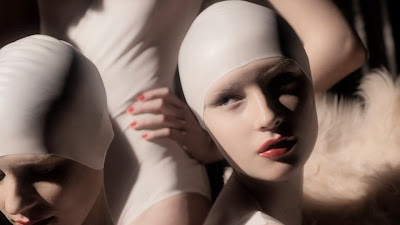 The movies will also show some vital  moments in fashion, film and technology- from pre-internet early experiments such as the early films of Ossie Clark, Zandra Rhodes and Mary Quant; to visionary technological advancements by filmmakers such as Sølve Sundsbø and Bart Hess.

Some rare and unseen archive material will also be shown at the exhibition which also explores the ground-breaking work of female filmmakers and how they respond to shooting the female form. These include works by Marie Schuller, Sarah Piantadosi, Amanda Boyle for Mulberry and Elisha Smith-Leverock.

The UK, being the front-runner of everything new especially when it comes to arts and embracing new technology, I was not surprised this year that DFW is tying up with the British Council in Singapore to expose the event to an even bigger audience and add some cultural value to what they are trying to do. I personally love the idea of the fringe event but also the fact that they are bringing some depth to fashion while at the same time this year, supporting young designers from Singapore whom I absolutely love!!!

I cannot wait to tell you more about this year’s DFW closer to date – and bring you every little gossip from backstage - but meanwhile make sure to check out Dressing The Screen exhibition in the coming few weeks, and perhaps catch up on some of last year's highlights from Digital Fashion Week Singapore on this tab.

‘Dressing the Screen: The Rise of Fashion Film’ will be open to public from the 28th of September till the 16th of October at La Salle College of the Arts. You can watch the official teaser video here.