Before I became a blogger, fashion played a big part of my life and was an essential component of any of my many travel itineraries. But believe it or not, there was one other thing which interested me (and still interests me) even more and constantly determines my next destinations. I’m talking about art and heritage.


As consumable as fashion might be, I’ve also always considered it to be an art form and a way of expression which has an esteemed place in the greatest museums in the world and has more to it than the surface value. Just one look at how fashion and culture intertwined in history is enough to show its cultural and even social value – from ancient times to modern day.

My idea couldn’t have been translated better than when I witnessed this marriage of heritage, culture and fashion in the shape of the IEX Asian Heritage project which launched this week at the Asian Civilisation Museum.

The idea was to create a collaborative workshop to promote Asian Heritage through designing a series of contemporary objects (fashion, accessories and pottery) inspired by some valuable artifacts from Singapore’s national collection. And the best part is that these products are not just for display. Actually the main idea was to produce interesting items inspired by history to sell at various Singapore museum shops – reaching out to people about their heritage and evolving these usually touristy souvenirs haunts into another level by retailing ‘wearable  history’ pieces instead.

The launch event last Thursday, August the 1st was by far the best event I’ve been to so far in Singapore. The energy, enthusiasm and talent present in the midst of the historic building made me proud even as a mere resident of this city, let alone being a Singaporean. It proved to me even more that this city has as much culture and heritage as anything else and the best thing is that someone – namely the Ideas Empire – have made it relevant to our present lives and potentially part of everyday life through this collection of items.

Of course as a fashion enthusiast, I was first and foremost drawn to the clothes. This is PAULINE.NING’s collection which was shown during the recent AFF, and takes inspiration from a specific Chinese Porcelain bowl. I absolutely loved every piece of the collection especially those dresses which strike a great balance between being an artwork, wearable and flattering. To think of it, the dresses are so beautiful as they are but adding that history dimension and meaning to it makes it even more beautiful in my eyes.

Pauline says that with her creations she attempted to combine the fragility of Chinese porcelain with the toughness of gilt metal and the prints in her dresses were a modern take on the flowers and insect prints found inside the bowl.

Kudos to Pauline.Ning who has managed to make Asian heritage so fashionable and current. I, for one, can’t wait to get my hands on those gorgeous frocks!


And then there were a lot of accessories! First with Carrie K’s clean lines and modern take on a series of traditional pieces of jewellery. I still don’t know how she managed to transform those Javanese rings and bracelets into something edgy and beautiful at the same time. My favourite piece has to be the 3-finger ring. And since these pieces are meant to be ‘sellable’ Carrie used gold and silver-dipped brass so that the prices would be affordable to everyone – while still keeping an exquisite level of craftsmanship.


Other designers and artists were Hide & Seek’s Keith Png, Juffri Jefferi (both did a porcelain bowl-inspired printed cape, t-shirt and silk scarf), renowned illustrator Michael Ng and Steven Low (ceramics) and even people who don’t do design full time like Diana Tang and Whitewords who both took inspiration from the Malay symbol of status Pending  to create some colourful necklaces, belts, scarves and even a smart phone cover!

To spare this post from becoming an art history lecture, I’ll stop writing here and share with you some images of the beautiful items made by these creative artists, hoping it’ll get you to the museum not just to learn about Asian heritage but also to shop it!

For more information about the IEX Asian Heritage initiative and products, visit their site www.iex.sg and their facebook page. All items are available for sale online as well as in selected museum shops around Singapore. 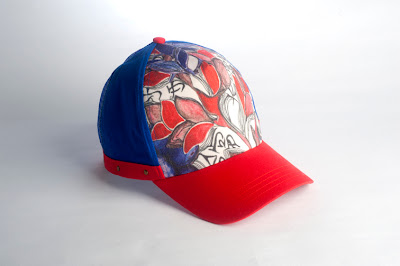