I don’t know if I have mentioned this before but as much as I am into fashion, I am into film as well! So it’s only natural that when I see a fashion video with a great narrative and superb direction I get as excited just as I would, seeing Yasmin Le Bon closing the Stephane Rolland couture show in a 50kg dress!

And it is not just any fashion film I’m talking about; this is a Singaporean film, conceived and produced by young talented people and showcasing local favourite Max Tan’s Autumn Winter 2012/13 collection from a different perspective.

Along with her creative team, the director of the short fashion film, Allysa Sing based this video on the Japanese folk fable ‘Crane Wife’ which is a chilling story in itself and kinda related to clothing.

The result is a simple narrative with a powerful mood which translates MAX TAN line’s easy yet sensuous philosophy and feel. I also love the score of the film, whose subtlety reminds me of some of the Asian films I’ve seen and admired over the years.


Crane Wife from strangexperiments on Vimeo.


After stumbling upon it online few days ago, I had to contact Allysa for a Q&A to know more about the video and share with you how it came about and of course more about the promising talents behind it who prove that when it comes to creative short fashion film, Singapore is indeed catching up with the rest of the world.

Q: Can you tell us more about yourself? background? Why and when did you move to NYC?

I’m actually still a third year film student at Nanyang Technological University, School of Art Design and Media. I’m only here in NYC for a period of 6 months to do an internship. This film was shot a few days just before I left for NYC and I’m glad it was shot in time. 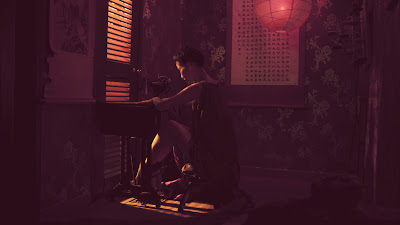 Q: How did the video come about? Was it commissioned from Max Tan or did you do collaboration, etc?

I have been observing current fashion film landscape for some time and a lot of the works are still very studio-based and not driven by a narrative. So as a film major myself, I thought I could do a different take on this new genre, with a loose narrative based on the Japanese folklore ‘The Crane Wife’.

The creative team consisted of Benjamin, Adzlynn and I. These people were the creative minds who conceived and funded this film. We came together to discuss the film and each of us gave out input in our respective fields. We really liked the idea and scheduled for the shoot. We did a sponsorship proposal and forwarded to our stylist and fashion blogger from The Fashionide, Stanley Lui. He knew the local fashion scene better than us and he helped us forward the proposal to his contacts. And we were surprised that Max Tan replied favorably. All Max Tan asked from us was to feature his latest collection. 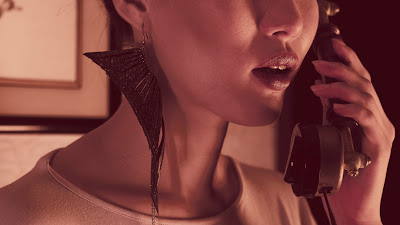 Q: How did you come up with the idea and the concept (inspired by Crane Wife)?

It was actually Adzlynn who brought up the story of the Crane Wife and I had images going through my head. I thought of a huge loom where a lady is sitting and making a cloth that looks so comfortable to wear. And I also had the idea to of a character that possesses a gentle toughness that makes the cloth out of love. The camera was to play the role of the husband.
The ‘feel’ of the film is also partly inspired by Miu Miu’s MUTA by Lucrecia Martel and Wong Kar Wai’s In the Mood for Love. In MUTA there was a certain mystery about the women portrayed and I really liked that which was what I tried to give my own take on the film. 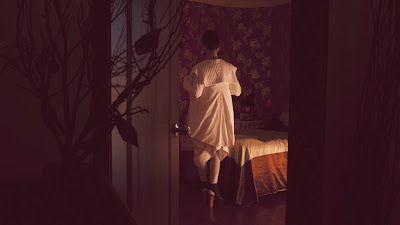 Q: What do you think of the new rise we're witnessing in fashion film with lots of international designers paying a lot more attention to it now?

I think it’s a new genre that is only going to get bigger but the industry is still not sure what is. In the way that it is quite like the experimental genre, but featuring clothes, accessories… it’s great to see how the different makers of the fashion film define this new genre. It ranges from blatant advertising like what Marc Jacobs (http://www.youtube.com/watch?v=ySmLxTehEe8) did, which is funny and at the same time embodies the brand. And music driven fashion films to dialogue driven ones to emotionally driven, visually driven …and to fashion films that are an extension of the photoshoots. I think that so much more can be expressed about a designer and the clothes itself with the medium of film.


Q: What do you think of Max Tan designs and Singaporean/Asian young fashion designers in general?

I think the local designers are talented and I really like Max Tan’s collections. But I feel they are really limited by the Singapore weather, with high temperatures and humidity. Being here in NYC in the winter really revealed to me how weather plays a part in defining fashion. This reflects in their style and choice of fabrics.

Q: Any plans in coming back to Singapore and working in fashion video locally? How's the market in your opinion?