To buy or not to buy: my guide to the Versace for H&M MEN'S collection (Special guest post by Adam*) 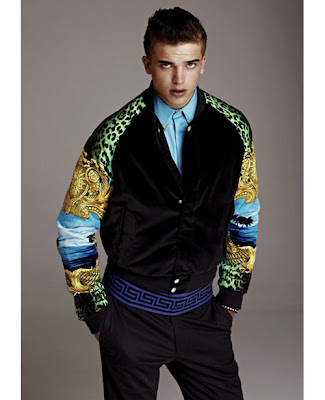 This is my first ever guest post on Bonjour Singapore.
I don’t consider myself a fashionisto (is that a word?) by any stretch of the imagination but as my straight male friends laugh at my dress sense and female and gay friends lavish praise, I tend to think I’m doing at least something right.
So how am I qualified to comment on what to fight for in the Versace and H&M collaboration?


Well, having been in the thick of a bunfight in London’s Oxford Street during the H&M Lanvin launch and having suffered the inigmony of opening my wardrobe door to find a pair of unworn stripy H&M Matthew Williamson trousers staring at me for the 600th time – I know all too well the perils and the pitfalls of diving in with my wallet open and my eyes closed.
And if you live in relatively conservative Singapore, a collection from Versace contains more bear traps than most. Not least due to the liberal use of leather and the reliance on pointless shock factor to get some headlines. Here’s my guide to the top three things to avoid and the three things you should be swinging fists to secure.

The ‘Zebra’ outfit
The one you definitely need to avoid at all costs is the black and white shirt and trousers combination. I mean, there’s fashion, and then there’s producing clothes for attention seekers.

Versace has always trod this fine line with varying degrees of success, but in this instance they’ve not so much gone over the line, but fed ex'd the line to Australia, then boarded a plane and flown halfway around the world. On its own the shirt would sit on the lower end of 'tasteless', but when you put the two together its a fashion faux-pas to the power of 10.
For those who haven’t seen it yet, I’d say the best way to describe this outfit is “Picasso deconstructed a zebra, vomited it onto some fabric and sold it to Derek Zoolander's blind style advisor”.
And that’s me being kind. 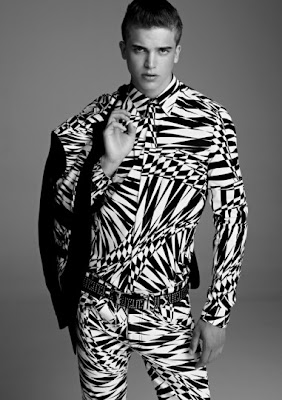 Leather trousers
Even if they were nice – which they aren’t – it would be hygienic suicide to wear leather trousers in Singapore. So these tight leather pants that would make even David Hasselhoff wince should be given a wide berth. I mean seriously, the 90s was responsible for some great fashion. Why has Versace decided to recycle some of the worst bits? 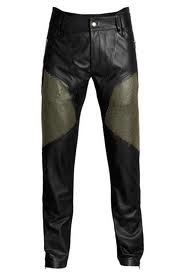 Full hot pink suit
It pains me to say it because I love pink and I love bold colours, but this suit is a bit too much for the normal - or even the hipster - eye to handle. Seriously, when are you going to wear this. Not the kind of outfit to be sporting as you head out for an evening out in Haji Lane is it? Anyone that marvels at the total ensemble is simply lying in a half hearted attempt to appear cutting edge and contrary.You might just about get away with it if the cut was super modern or interesting. But guess what. It isn’t. What this is, is a standard, every day office worker type suit. Just in hot pink. 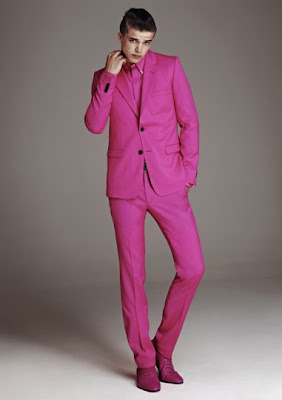 But it isn’t all miss. These are things I might be queuing up for (or getting Rana to queue up for!). 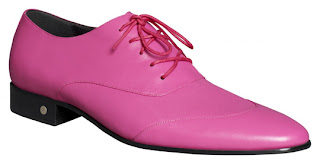 Hot pink shoes
I just slated the pink suit, so it would make me a huge hypocrite to covet the patent leather style pink shoes. Luckily such labels sit comfortably with me, because these shoes are fantastic. The bold colour will give a real zip to a more sober outfit. Just don’t pair them with a pink suit or other bright colours.
Printed silk scarf
As a gentleman of a certain age, I’ve been telling my wife for ages that I wanted to invest in a good quality, silk print scarf to accompany jackets and t-shirts. Especially as in Singapore, my look has started to morph away from cutting edge into well groomed. Well hello… this is a prime example of what I’m talking about. The design is classic Versace, looks (from afar) like quality fabric and for a fraction of the cost. Expect to see me sashaying at gatherings (as this is what I do now) with this bad boy around my neck in the near future. 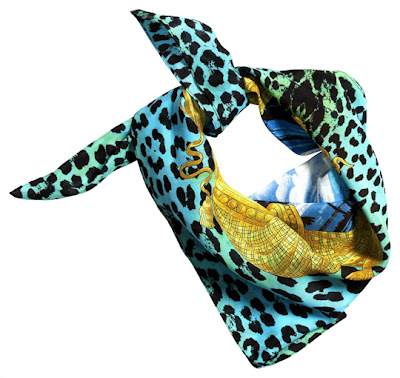 Black tuxedo style suit
Finally – and some would say rather lifelessly – I would recommend the black tuxedo style suit. Those clipped lapels are hotter than the phone on Justin Bieber's lawyers' desk, and the cut couldn’t be more 2011/12 if it tried. But above all it’s a suit. Perhaps it is a sign of my age, but I'd rather have a well made suit with interesting cuts in black, than an homage to Barbie.
Plus point one. You could wear this to the office and you’d have all the girls swooning and praising your immaculate grooming.

Plus point two. The current trend for snappy casual dressing means you can quickly transform it into an evening outfit. Add a white shirt and a strategically placed untied bow tie around your neck, head to a swanky bar and hey presto – you’re James Bond/fighter pilot/billionaire on a night off.
Alternatively, slip into the bathroom and add pair of jeans, a silk Versace scarf and pink shoes and away you go. Party town! 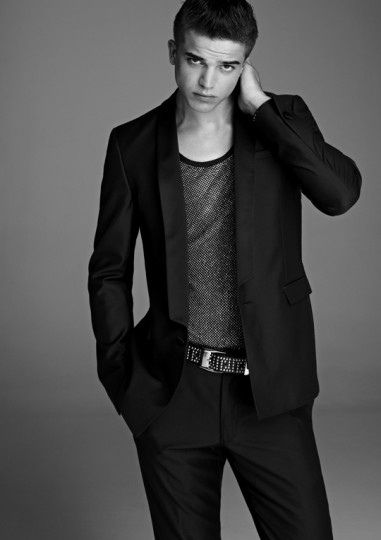 *Adam Flinter is a guest contributor and his work has not been featured in Vogue or GQ. He has been nominated as one of the top 10 million most stylish people in Singapore in 2011.
Posted by Unknown at 11:03
Labels: fashion, h and m, menswear, shopping, singapore, versace
Newer Post Older Post Home