It I were to describe Guo Pei’s creations, couture or haute couture wouldn't begin to describe it. There probably aren't enough words in the dictionary to suitably describe her outrageous creations.

Anyone who says fashion can't be art has clearly never laid eyes on anything from China's top designer whose pieces all look like they stepped out of the most over the top gallery and museum in history.

Taking Chinese history and its rich culture as her inspiration, Guo Pei makes no compromise when it comes to creating and crafting exquisite gowns which sometimes take years to complete.

It is feast to the eyes, inspiring as nothing I’ve ever seen before and way more avant-garde than anything Lady Gaga has managed to wear - Perhaps that is why the mother monster herself is so keen on getting her hands on one of her creations!

The Chinese designer is coming to Singapore for Digital Fashion Week (DFW) and her show is going to be the highlight and closing show of the event is not to miss for sure. There aren't many times you get a chance to see something so spectacular and exquisite especially after the late Alexander McQueen passed away and John Galliano stopped designing. 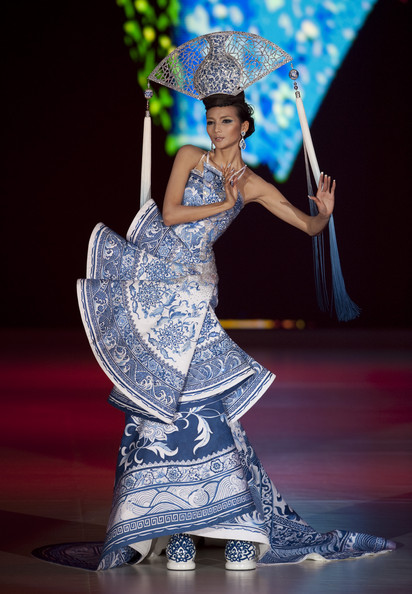 It’s been a long time since I’ve been inspired by a celebrity’s red carpet style. Whether at Cannes or the Oscars, every year I see the same risk-free gowns worn by the same people who look ‘pretty’ but lack the WOW factor.
The only celebrity I’ve been interested to see her red carpet appearances was Tilda Swinton. Not that I’m a fan of her baggie eccentric dresses but I respect her individual sense of style and her risk-taking which is a breath of fresh air in the lookalike Hollywood crowd.
However, this year I do have a fashion hero who - unlike Tilda Swinton - would definitely have her closet raided by me. And she is none other the beautiful Chinese actress and singer Fan Bing Bing.
Read more »
Posted by Unknown at 16:43
Labels: asian celebrities, christian dior, couture, dresses, elie saab, fan bing bing, louis vuitton, style icon, versace

Celebrating 5 years of DEPRESSION… the label

It was obvious on Saturday evening that those people who turned out en masse for DEPRESSION party weren’t there for the free drinks, food, goodie bags or to show off. People seemed to genuinely love the label itself and who can blame them for that!
The event was one of the very few I’ve been to where people seemed to be enjoying themselves. Almost everybody was in black-and-white, the trademark colours of the label (read more about it here). Of course I had some colour on me (duh!) but still, even my glittery floral jacket failed to alienate me from the rest of the crowd who were super friendly. 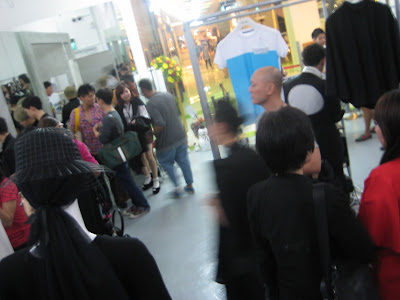