If you ask anyone the words you’re least likely to hear when discussing fashion in Beirut – ‘raw’ or ‘urban’ will be top of the list.

For such a gritty environment (and Beirut often defines the concept of raw) there is an almost escapist obsession with being refined and polished. Quite often to an extreme.

Even away from the fashion scene you’ll find architecture that involves plastering new facades over historical buildings and the famous Lebanese look (never leave the house without makeup, bling or a blow dry, what surgery can I do this year...)

Yep, Lebanese people are known for their seeking of what they see as aesthetic perfection. And its no wonder Kim Kardashian is such a hit over there.


You can multiply that by 1 million when it comes to fashion - just look at the breakout labels that come from Beirut. Nothing but glamour in the form of Elie Saab, Zuhaair Murad and Basil Soda.

So when I stumbled upon Malaika Najem’s work, the epitomy of raw and unfinished, I was more than a little surprised.

Malaika is a jewellery designer whose work is all about the core rather than the perfectly polished exterior. she definitely is a breath of fresh air in a country stifled by a narrow fashion perspective.


Her work is anything but shiny and is influenced by her personal experience of being a mixed culture child who considers Africa her home. No wonder then that her work is as beautiful and charming as it is primitive and somehow unfinished.

At first, Malaika’s latest collection ‘the adventure of change’ looks more like discarded, discoloured hardware parts than something which would adorn your body. But when you look closer, you start to see the beauty, intensity and intricacy in these pieces.

The concept of this collection was inspired by the metamorphosis of a certain material from the initial stage to the final form and the changes in terms of its function, texture and weight.

She started this with a piece of lace and fabric - something soft, delicate and light - and transformed it into a completely new state to almost the opposite: hard and heavy.

The similarity that stays the same is the sense of delicacy and fragility that are done meticulously on the metal using a thin gold string to embroider, sew or weave the metal.

My favourite piece of this collection is the metal sheet necklace which embodies Malaika’s process and idea and demonstrates that fragility and beauty can exists in the most unusual material and form – it is more like a piece of wearable post modern art.

Despite her current residence in Lebanon, Malaika tells me that she’s always considered Africa as her main source of inspiration – having a half African mother and growing up in West Africa.

This is very evident especially in her ‘Child Soldier’ collection which is inspired by a cause close to Malaika’s heart and something she feels strongly about.

The pieces in this collection have an amazing unconventional beauty to them and reflect that innocence through manipulation of material.

One piece stood out for me and even gave me goosebumps - It is that necklace with a profile of a child soldier, drilled as an outline on a piece of brownish, discoloured metal.


It certainly needs boldness to wear such a piece of art, and not everyone will appreciate such conceptual fashion, but it also needs courage to create it, defying the convention which considers jewellery as shiny bling things devoid of any meaning.

Malaika is creating beauty and fragility from the most unexpected and hard material there is – something I cannot wait to see people embrace.

Malaika’s jewellery is available at Starch Boutique in Beirut. You can also follow her on facebook here 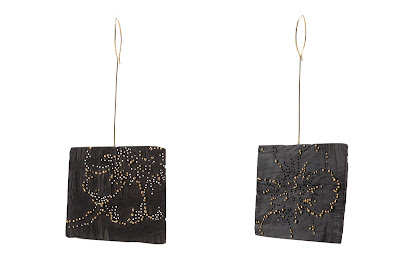 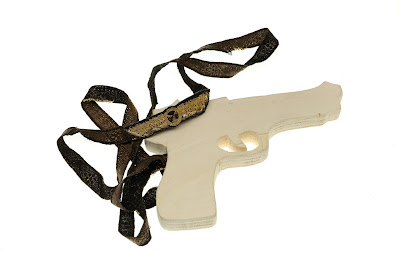