Toton Fall/Winter 2013: Of love, Lurik and other things…

I’m not just a big fan of Indonesian label TOTON. I’m one of their very first customers and a proud owner of some stunning pieces from their SS13 collection last year. Truth is, I am obsessed with it! (you can read more about that in my previous Q&A with the designer).

So despite following up with the collections and trends at all the international fashion weeks this season not to mention attending one, the collection that I was really waiting for was TOTON’s.

And it was well worth the wait! In fact, it was even more than what I anticipated and from the looks of it, the designer is determined on sticking to his vision of presenting traditional Indonesian techniques in a modern – even Avant-garde – interpretation. 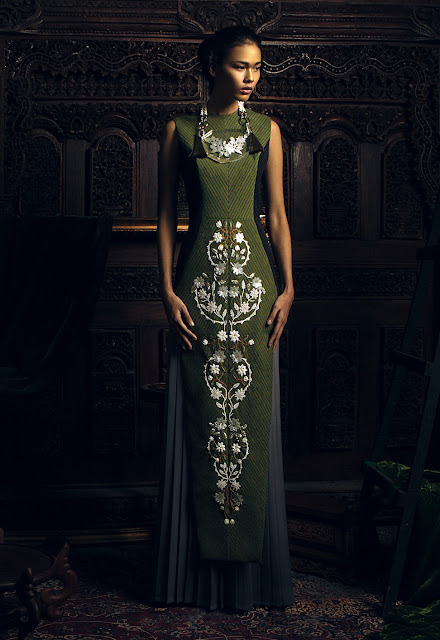 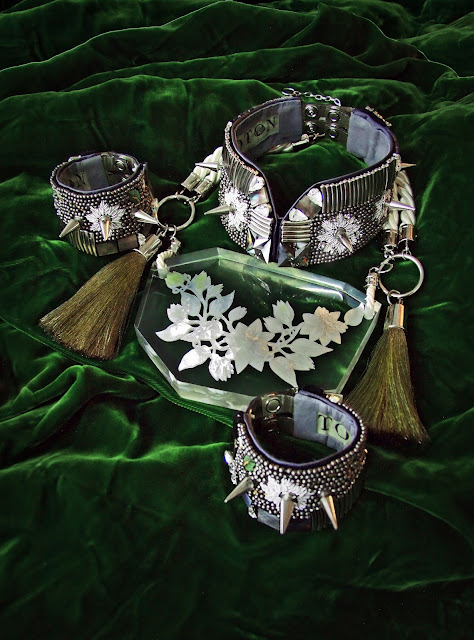 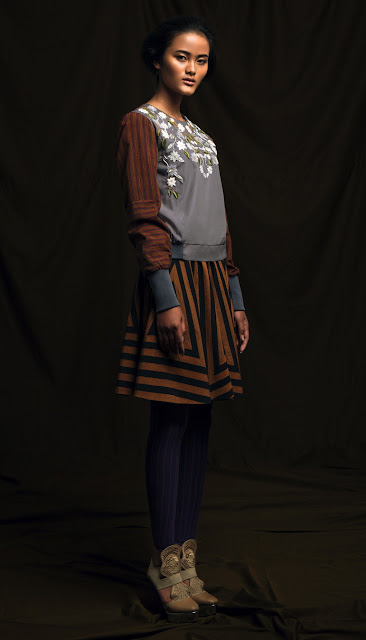 I admit, I have been struggling to find the right words to describe Toton’s new collection. To me, it looks so fresh, grown up and takes the traditional influence to a whole new level. I look at the photos and at first I see complexity and genius in the construction and pairings of the various shapes, colours and fabrics. Yet there is something so humble and simple about the clothes as well. It felt like these were paintings carefully composed layer by layer to evoke a certain mood and only when you look closer you can notice the beauty in all the little details. So intricate, subtle and just beyond anything I can put explanation for except sheer creativity and passion.

No intentional ‘effortless’ fashion here. No trends and not even extravagance or drama for the sake of it. Toton’s work is in a league of its own and closer to being awe-inspiring wearable works of art rather than ‘fashion’ made only to consume.

So I sought explanation from the designer himself and instead of boring you with more poetic words about this collection, I’ll keep the rest of this post for our conversation in which he walk me through his work, the theme behind it and all those intricate details which are still boggling my mind! 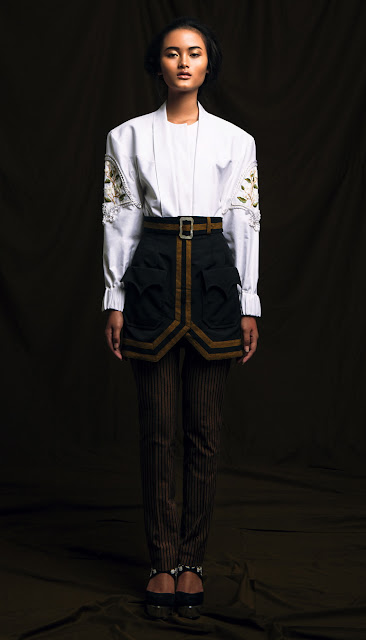 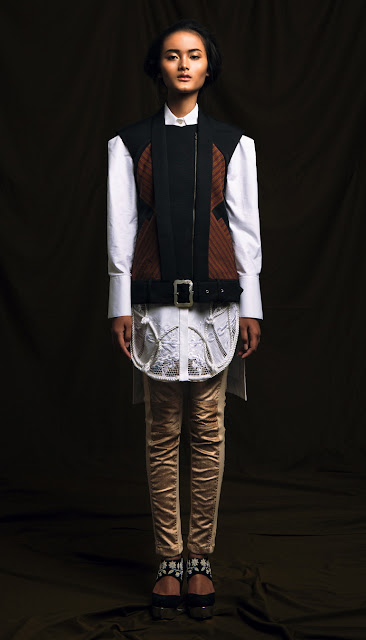 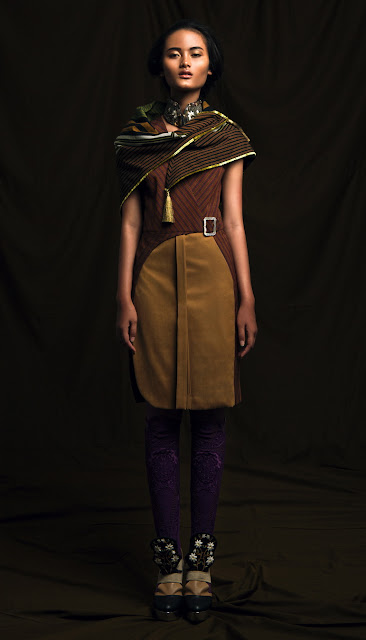 When I asked Toton Januar about the process and how he has managed to create something visually so different yet carries the same essence and identity of the label without being a repetition, the designer didn’t hide the fact that it was a challenge to start with.

He explains that the pressure of doing a second collection after the first got such good responses reminded him of one of Indonesia’s classic literature called ‘Belenggu’ (translates to Shackles in English), a triangle love story about a man and two women with totally different characters: his strong and independent wife and the traditional and homey woman he fell in love with.

‘The (book)’s idea not a strange topic for us in modern life but it was quite sensational and phenomenal when it was released in the 40's in Indonesia. I like the idea that the book serves; Traditionalism and Modernism as two opposites that will never meet. That sometimes when we have an idea about something or a longing, it becomes shackles to our own being and restricts us from being free’ says Toton.

With that idea in mind, he researched the traditional aspects of the design, and chose Javanese as point of inspiration since according to him Javanese culture was and is still the most traditional and the way of living is still practiced today.

He decided to use 'Lurik', a traditional hand woven cloth.

‘Lurik is very humble, since its motifs are mostly stripes, and mostly used by common people in Java. But apparently, most of the stripes and colors have their own meaning. It also has a sense of geometric feel, so it really can translate into modern look,’ explains the designer. 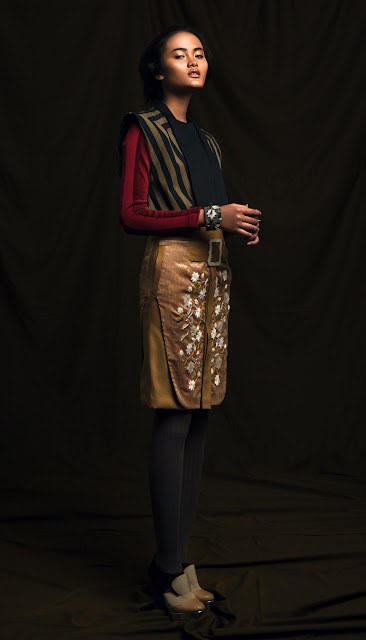 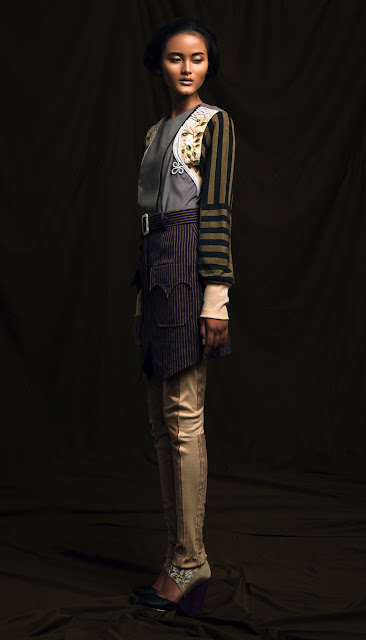 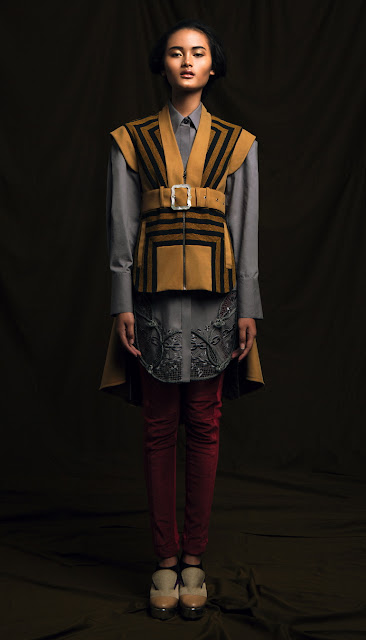 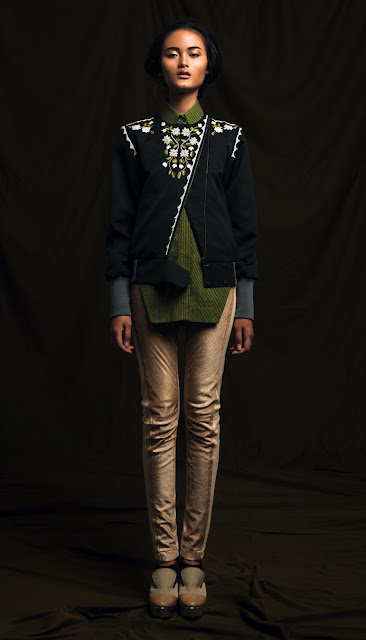 And after experimenting with elements from Javanese women’s clothing like the ‘Kebaya’ collar and the pleats in front of the skirts, mixing them with more modern and ‘rebellious’ elements like the biker jacket and biker pants and even military elements such as the shape of the pockets - Toton  found his balance for this collection’s looks.

Traditional embroidery which was a signature feature in his first collection also makes a comeback - this time in a different manner but still with the intention of finding a place for these beautiful generations-old crafts in our modern closet.

This collection featured a different Indonesian technique called ‘Kerancang’ where the embroideries form holes on the fabric. He combined it with classical rope appliqué technique and even tried on hand embroideries, with threads, sequins and metals, in shape of jasmine flowers.

‘The metal (Bullion) embroidery is European classical technique adopted by Javanese people since the time of Dutch imperialism. Most of the jackets have belts and topped with custom Mother of Pearl buckles.’ He tells me. 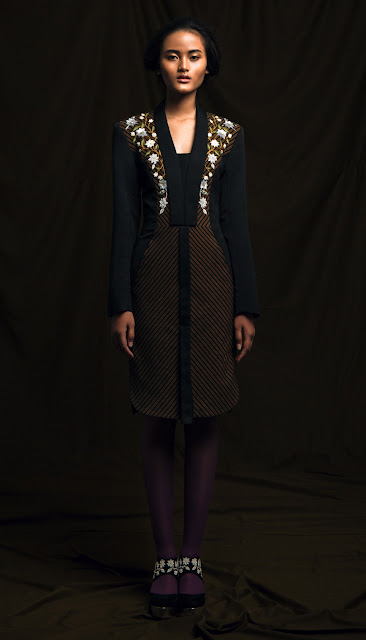 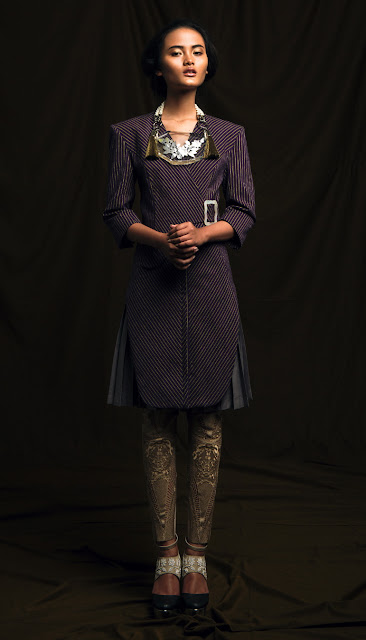 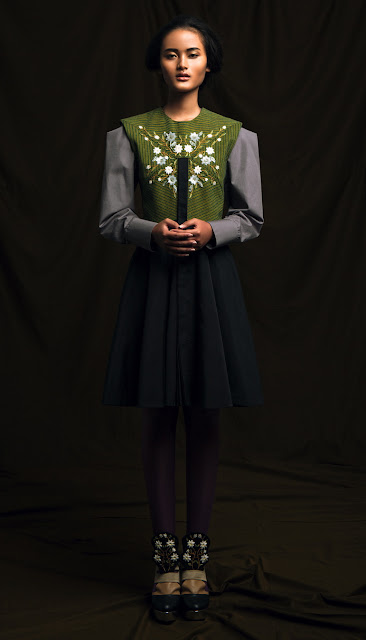 By merging all these techniques, Toton has created that complexity and richness which is evident in every piece. The man has proved that he’s not just paying a lip service for tradition but immersing in it, understanding the history behind it and re-interpreting it in a unique and original way.

But what about the staple pieces like the men’s shirt modification, those stunning collars and shoes which stood out in his first collection?

Toton says: ‘I tried to depart from the first collection, but also still bring few elements and translate them according to this season's theme. Men's shirt modification is still - and I think will always be - in every TOTON collection. In term of accessories, I still offer collars, but with hand embroidery flowers. I also developed some new accessories pieces which are rope necklaces with large carved Mother of Pearl cast in resin pendants. As for shoes, I’m still working with shoe designer, Marista Santividya, and have worked on the embroidered shoes and boots attachments for this season.’

With so much thought, effort and passion put in this collection and with a result looking as stunning as this, I think I’ll have a serious dilemma picking which pieces to go for this time round!! But watch this space for more updates on TOTON’s stockists and news and to know where you can get your hands on some of these beautiful creations soon. 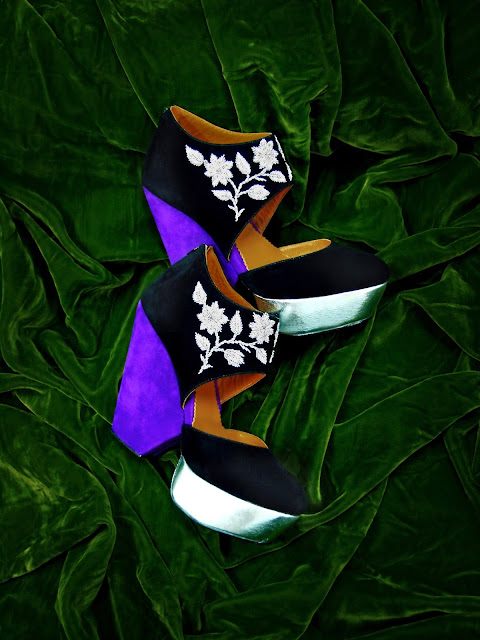 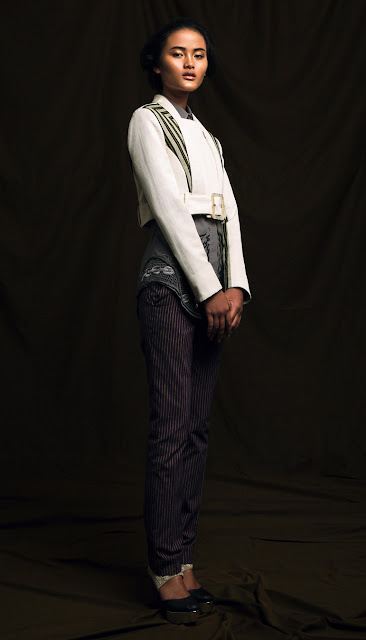 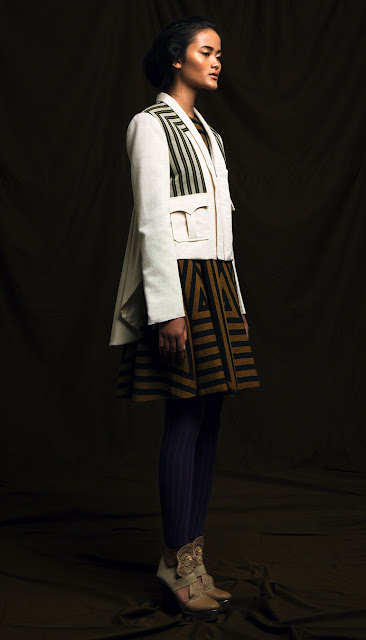 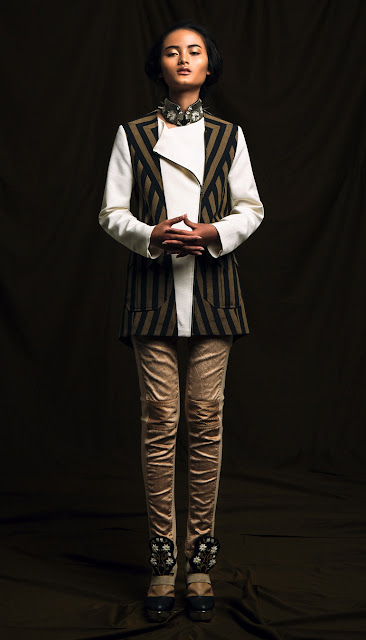