Bonjour KL: My lunch date with THE one and only Jimmy Choo

My love for shoes is well-documented on this blog, and with over 100 pairs of heels neatly labeled, boxed and squeezed into my bedroom, it’s safe to say I am a little bit obsessed with foot candy.


If you would have asked me which designer I would love to meet one day it would always be a shoe designer. Whether an icon like Manolo Blahnik whose comfy and classic pumps I’ve been wearing for years, Nicholas Kirkwood who creates some beautiful well-constructed and quirky shoes or even Christian Louboutin whose red soles tempt me every time I’m in his Paris boutique and I end up with an empty wallet!

But with all due respect to the above designers, there is only one designer who stands out for me. His name is synonymous with shoes and his work has transcended generations. In short, he is probably the first real superstar shoe icon of our modern times: Mr Jimmy Choo.


Even though the Malaysian designer doesn't have anything to do with the label that bears his name anymore – it’s that name that still sends tingles down the spines of women all over the planet. This is a man who has created some of the most gorgeous shoes for some of the most known women worldwide and made us appreciate the craftsmanship in his stunning creations way before the mass-produced versions took over.

With that in mind, imagine how ecstatic I was to get the chance to meet him. Not only that, but to have a two hour audience with the great man over lunch. I felt like I’d won the lottery of life. I was meeting THE Jimmy Choo, not as part of a media event or a pre-planned strict interview but for a relaxed lunch among friends. I was struggling to contain my inner fangirl. After all, he is arguably the most famous Malaysian person known to the outside world.

We met at a restaurant in the Kuala Lumpur hotel he was staying at in late March. Jimmy was in town to chaperon and promote the Malaysian Shoe Festival – a brainchild of his.

I actually visited the event the day before (more about it here), but left before he arrived and didn’t have a chance to catch sight of him. The best I’d hoped for was to get a few quick words for the blog.


Amazingly, I mentioned the fact he was in town to June Wong, the Managing Editor of the Menara Star newspaper, who unbeknownst to me happened to be a very good friend of the shoe making legend. She asked if I’d like to meet him, called him on the spot and arranged for lunch the next day to introduce us. For a busy man like him to make time to meet me, it was truly unexpected and showed a great deal of his humble personality.

So how was he in real life? Well, he carried himself with a certain elegance which is to be expected from a man who makes shoes that make any woman look like a ‘lady’. A true gentleman, his immaculate black suit with a white shirt looked relaxed yet elegant and his carefully-coiffed hair, slim healthy frame and extremely polite manners spoke volumes about the man himself.

The Penang-born shoe couturier - who has even been awarded an OBE from The Queen of England - needs no introduction especially as his claim to fame comes associated many celebrities like Madonna and with Princess Diana, who favoured his well-made customized shoes to the ones she’d get offered from big fashion houses at the times. Choo remembers her fondly even when we speak and tells me ‘she never complained’. ‘When her father passed away, she called me and said Jimmy I need a pair of black shoes and was happy with what I delivered.’

Talking over lunch, I had the chance to chat with the designer who seemed so focused on his mentoring role at the moment other than global shoe domination. After all, it was his business partner of Jimmy Choo Ltd. – ex UK Vogue accessories editor Tamara Mellon - who was the branding and marketing woman while all he wanted was to make beautiful shoes. Asking about how he felt to see his name on the collaboration with H&M a few years ago before Mellon sold the company, he answers by simply saying ‘I don’t know why they did it.’

I feel for him. I was personally shocked at the result which looked more cheap than chic and was probably the worst outcome of any collaboration H&M did in that sense. It was everything opposite to what Choo stood for and spent his life making: Well-made quality shoes.

At the moment Jimmy Choo is the tourism ambassador of Malaysia and he was behind the idea of ‘Shoe Festival’ which started 4 years ago as an initiative to encourage the trade, draw tourism and of course create a platform for young aspiring shoe designers. As part of the event, 8 especially-made pairs of his Jimmy Choo Couture were on display in the centre of the room. Not your average pair, mind you, but ones which he created using a traditional and ethnic fabrics from around Malaysia to honour its heritage (namely, Tekat, Songket, Dastar, Tohilian, Telepok, Kelingkan, Pua Sungkit and Pua Kumbu) and shed a light on the dying textiles and crafts. Each pair stands beautifully combining the most elegant design Choo is known for with a hint of exotic touch coming from the equally beautiful fabrics. 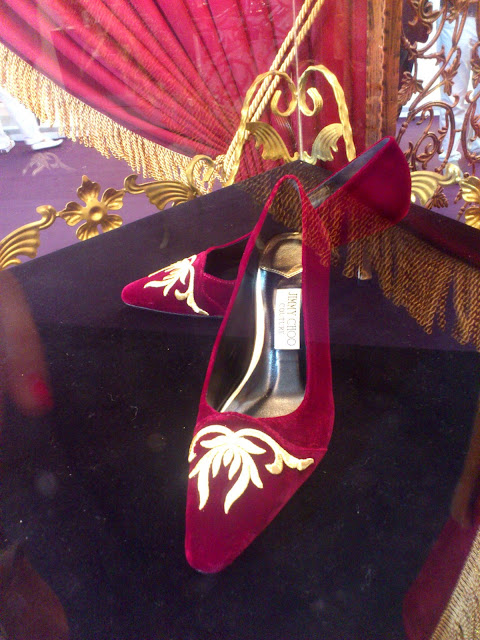 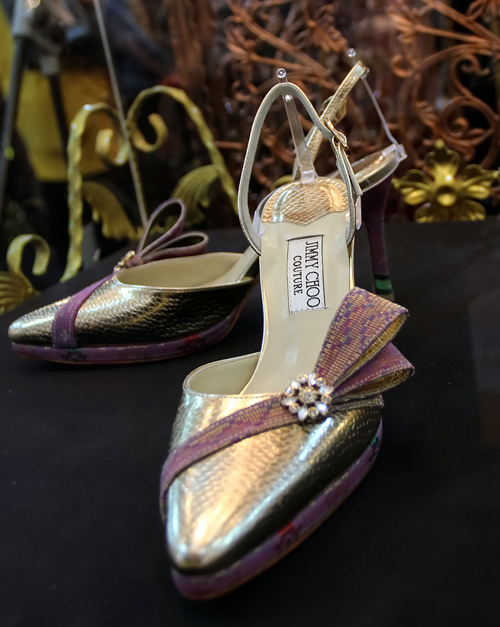 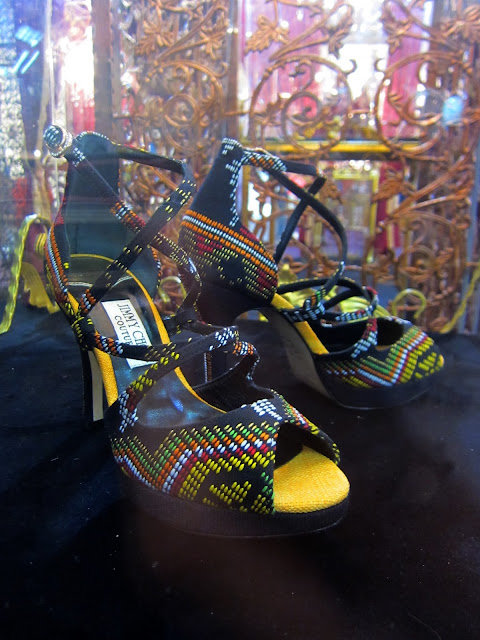 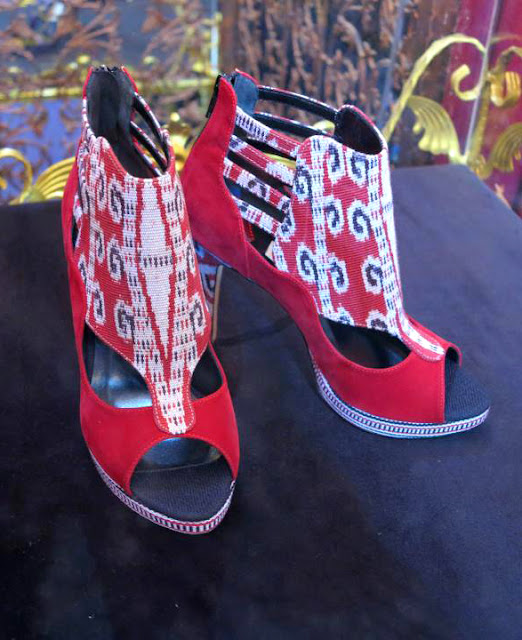 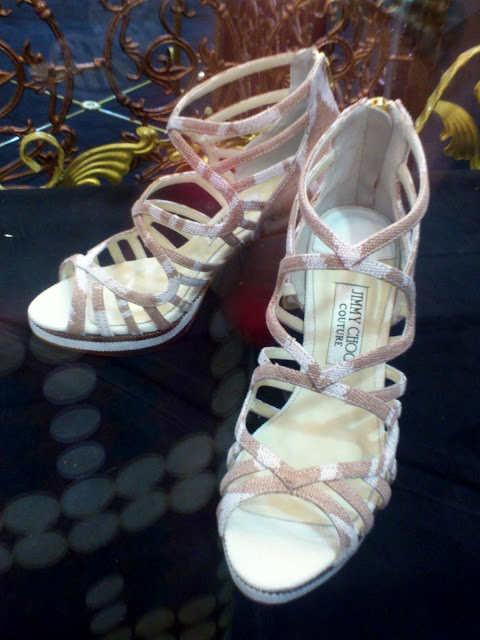 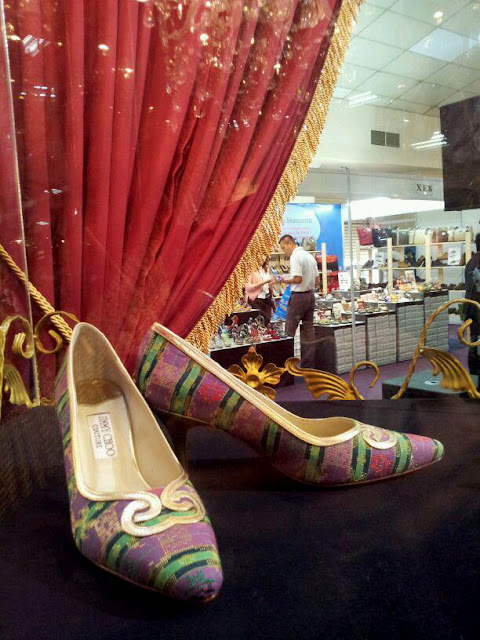 And mixing traditional crafts and shoe-making techniques is exactly what Choo is teaching students whom he picks from all over Malaysia’s fashion institutes to mentor over a short period of time. This is what he tells me is his goal at the moment ‘bringing this shoe-making trade back to the country where it was known for.’

But while Choo has closely mentored and taken under his wing a few home-grown designers before, now he’s not so keen on it. When asking him if he’d collaborate with a young talented designer, his answer was a straight ‘no’. But he explained that he did try and help designers before and at the end, some of those used the association with his name for their own gain and it felt a little ‘ungrateful’.’

However, Choo’s guest for our lunch was a young designer whom he discovered, taken as a close apprentice and is helping her get the exposure that her work deserves. Illiza Ho Chia-Hui, a Taiwanese bag designer whose work caught Choo’s eyes and had that X Factor he was looking for. Why her? According to Choo, ‘She is the best’. And although the designer is very careful not to show her designs in case they get stolen, I was allowed a sneak peek at some the photos and oh boy… just stunning! So this is a name you might want to remember and watch out for!

Most of our conversation was about shoes! From whether platforms are better than classic pumps, or pointed toes in comparison to rounded and peep toes… I’m not going to get into the details of that but all I can say is that it was a bit surreal sitting next to a shoe icon like him and listening to his talking passionately about shoes and about every single detail related to the matter (including the fact it take s a year to train people to measure the client’s feet properly!). The man knows what he’s talking about and in such a situation, I’d rather listen and learn, which I did.

I admit I was a bit too shy to ask for a photo but resorted to it at the end in probably the most polite and non-fangirl way possible. I needed something to remind me of our pleasant lunch but I didn’t go as far as asking for an autograph. After all, why would I need one when some of my favourite shoes carry his name?

For now I’ll just have to make do with a photo, some treasured memories and a business card. Yes. He gave me his card with his UK mobile phone number. I can’t wait to be able to afford a pair of his bespoke handmade shoes so I can have a real reason to call it. 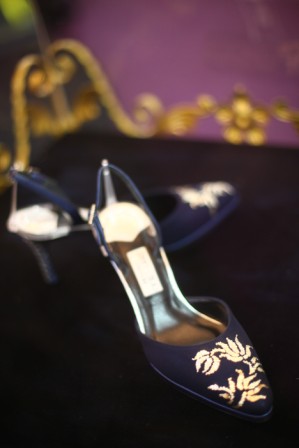 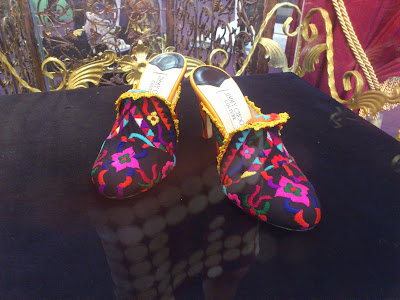 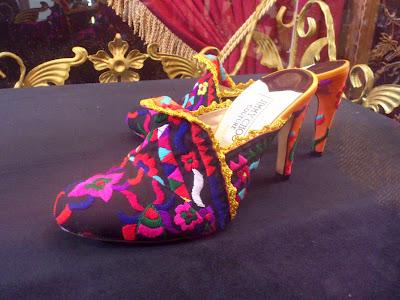