Coming back to Beirut, I always set up myself to meet the new generation of Lebanese designers who are following in the footsteps of their predecessors of glamour and couture.


So it doesn’t surprise me when people like Missak HajiAvedikian, Azzi and Osta who have interned at Elie Saab decide to do couture and focus on cocktail and evening wear, what Lebanese designers are increasingly getting known for, not just locally but on an international celebrity and red carpet level.

The surprise is, when I came home this time, I visited Nadine Mneimneh at her atelier, who unlike her co-nationals has decided to take a totally different direction and focus on contemporary everyday wear. 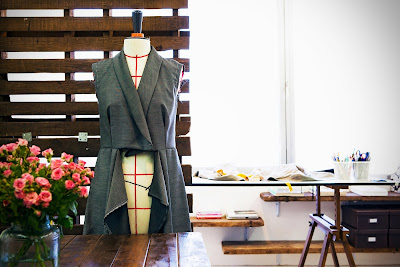 But not just that, Nadine has also ditched elaborate add-on details, embroidery and the Lebanese ‘look at me’ style (not necessarily bad by the way) in favour of minimal lines and functional garments which are chic but understated.

The Lebanese French designer who started her fashion career a few years back after being picked by Rabih Keyrouz to show her first collection at his fabulous Beirut boutique STARCH – knows what she wants and is not afraid to go against the tide in the mainly trend and glamour-crazy Lebanese society.

Her capsule collection, which is the first in a series under the theme ‘definition’ is - as the designer puts it in her own words - meant to evoke stories, moods and thing which ‘we accumulate to reach our ideal self image’. It incorporates urbanity and understated elegance to produce perfectly comfortable and timeless investment basic pieces. 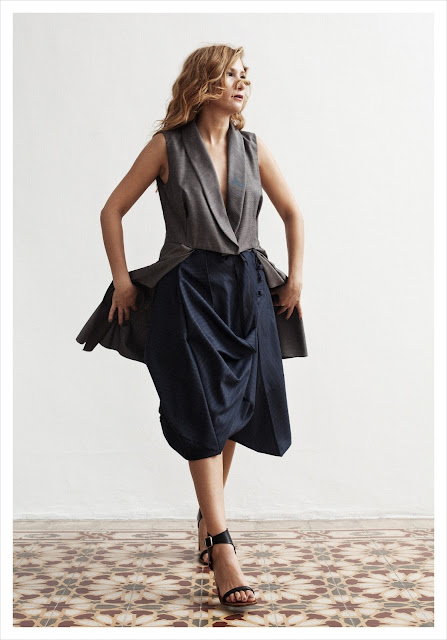 Nadine’s designs as a result evoke understated elegance as well as versatility. More French than Lebanese if you ask me. Take for example the stunning cashmere jacket or the perfectly-cut wool blend vest which embody a modern interpretation of femininity without exposing anything, and instead by creating delicate tailoring empathized by using refined menswear fabrics

But what Nadine does really well are the bottoms, for they are as flattering – especially for curvy figures – as they are stylish. No wonder then when I asked the designer, I learnt that these are her best sellers are especially popular in Saudi Arabia and with curvy and covered-up women who are looking for basics to feel good in.

Nadine prefers minimal when it comes to colours too. Her recent collection is mainly in muted and basic colours like black, grey and dark navy blue which won’t go out of style. As for materials, from linen to wool blends and heavenly-felt cashmere (she mostly uses refined menswear material) the garments scream comfort and luxury. I absolutely fell in love with the finishing which the photos don’t do any justice at all.

Out of all the Lebanese designers I’ve seen so far, I think that Nadine Mneimneh’s aesthetics are the closest to the general taste in Asia and Singapore. The clean cuts, minimal silhouettes and dark colours are what Singaporean designers usually go for. Perhaps the difference is that while emerging designers here go for low cost and put more effort in design than execution, Nadine’s work is as much about style as it is about the fabric and finishing. It’s a different market she’s aiming at, one which seeks comfort, quality and a timeless piece to fall back on year after year. Perhaps there is a lesson to be learnt from her experience, or maybe a potential for her to be the first Lebanese designer in the Asian market? I surely hope so. 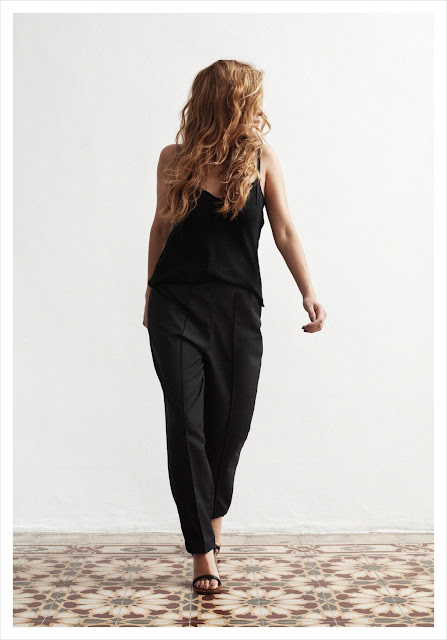 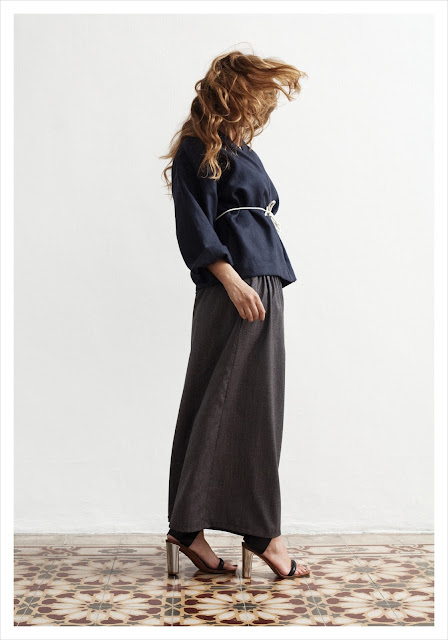