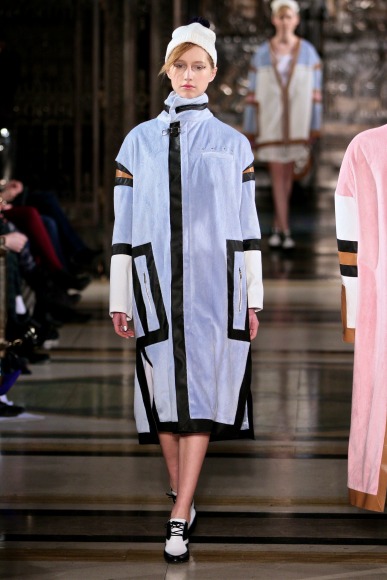 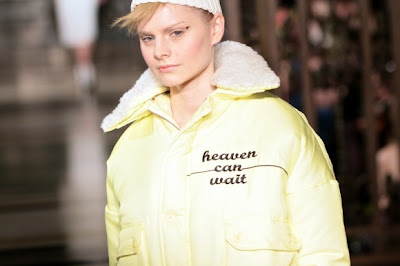 Not just that, Ming has proven that clothes can carry deep meaning and inspiration yet be wearable at the same time. A balance hard to strike but he manages to do so effortlessly.

I was lucky to attend Ming’s show at Fashion Scout showcase on the last day of LFW and oh boy, how much I would have missed if I didn’t make it!

The AW13 collection was called ‘Bye Bye Youth’, inspired by two films ‘Flowers of War’ and ‘Nanking! Nanking!’, which as people in this part of the world know are based on the horrific accounts of the Japanese massacre and rape atrocities during World War II in Nanking, China.

Ming was obviously moved by the topic and was inspired to create the impossible. Beautiful clothes made for everyday which carry deep meaning and attachment and are innovative in their own way. 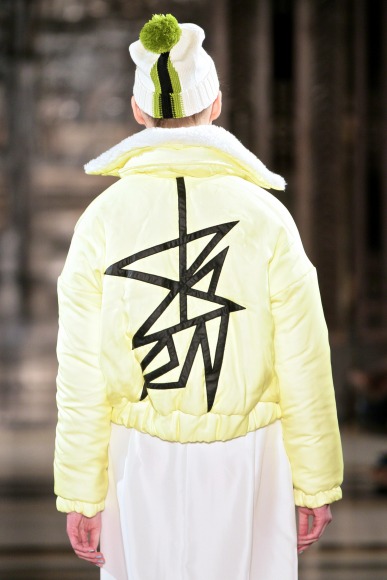 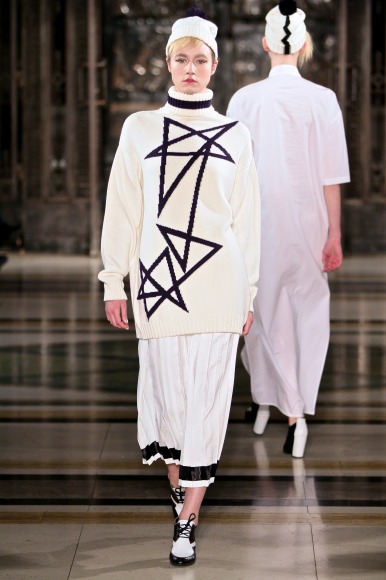 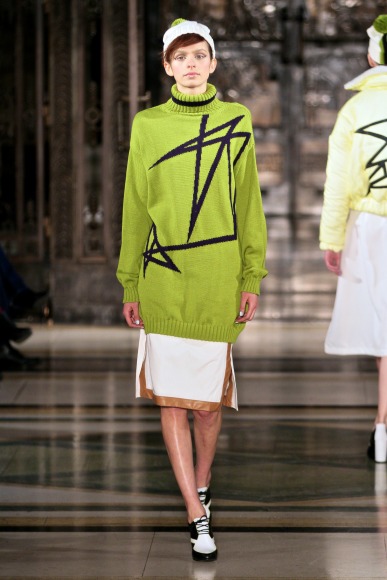 Looking at the pieces from oversized outerwear with distinctive geometric designs to uniform-like knits and masculine yet soft separates all worn by models who were made to look like ‘boys’ while still full of innocence. The inspiration for these genderless pieces came from the movies and particularly the story which tells of young girls cutting their hair and dressing like boys to avoid being raped.

Add to that chilling ‘heaven can wait’ sentence on some of those pieces and you get a collection which has as much depth as innovation and proves that there are still some designers out there who express themselves with no boundaries.

Ming is one of those and he is not afraid to make a statement. But he also understands that if he makes clothes which are wearable and practical there is no reason his inspiration should be limited to the obvious and shallow.

After all, it is his technical abilities, design talent and unique aesthetics which won him the much coveted title among thousands of aspiring designers from around the world. 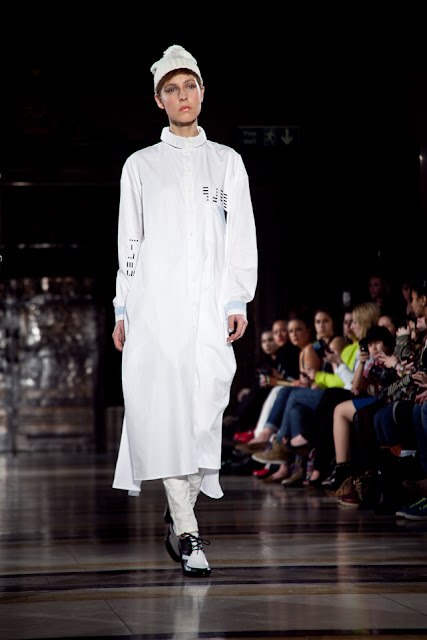 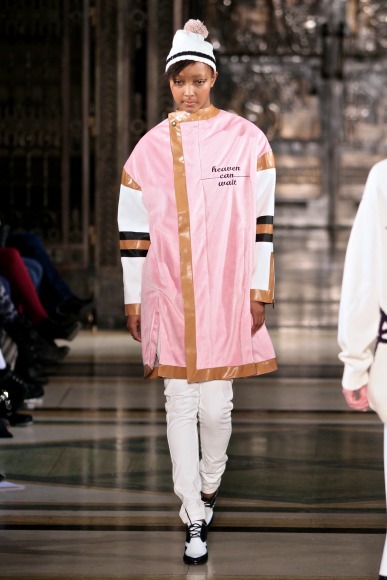 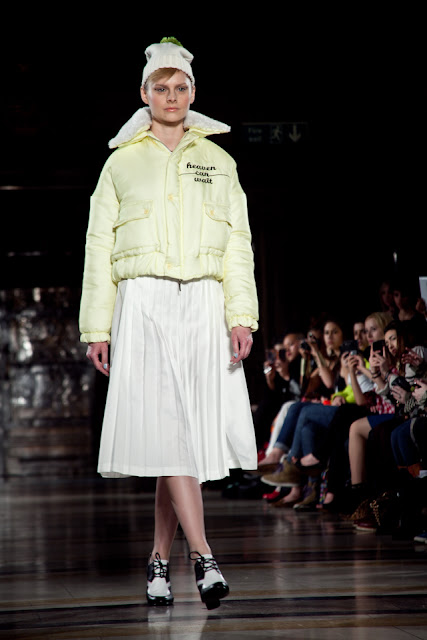 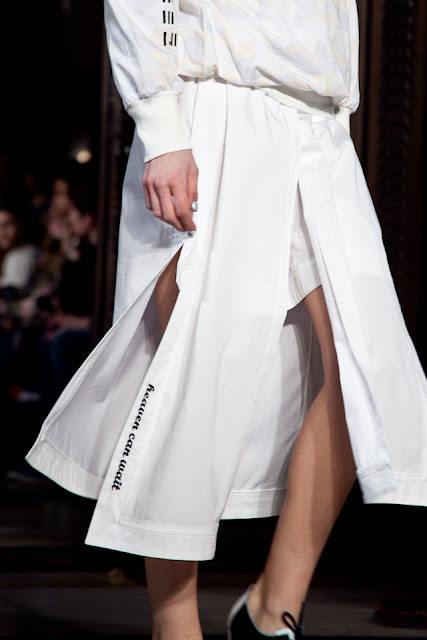 I had met Ming the day before the show at the Fashion Scout exhibition (will be posting about it soon!) and seen some of the pieces but was truly unaware how they would look like until I saw the show.

Details like buttons and lines in unexpected places of the garments, a beautiful mix of textures and material and a fresh take on the colour-block and minimalist trend is to be admired. His contrast of element and styles represented the contrast between innocence, youth and femininity on one side and the atrocities and harsh realities of war on the other.

Seriously I would happily embrace my (very little) androgynous side and wear any of those pieces –especially that ‘Heaven can Wait’ jacket - for their sheer originality and creative edge but more so because it is something I can connect with.

If there is any justice in this industry, Ming Pin Tien will be soon a household name. The next big thing in the Asian invasion of the fashion world. 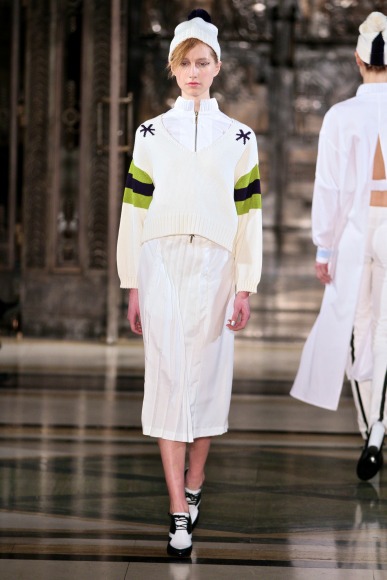 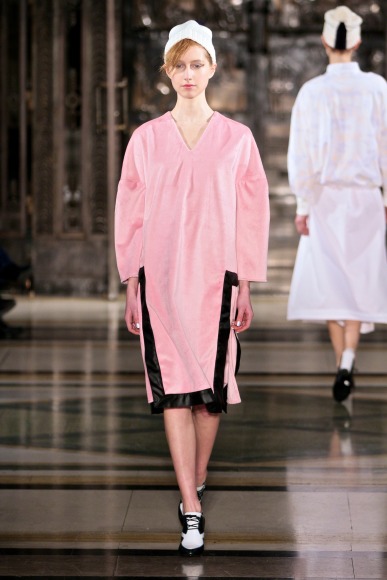 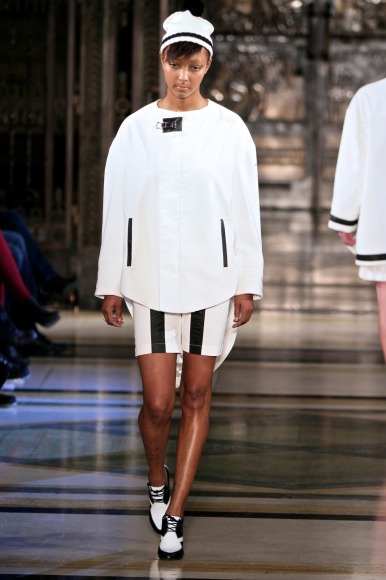 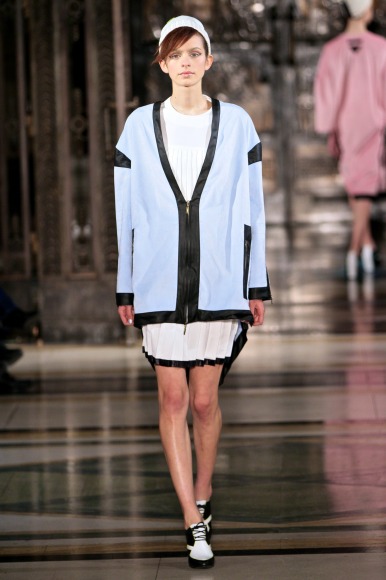 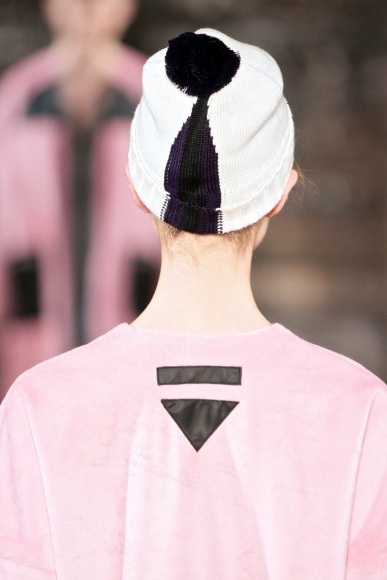 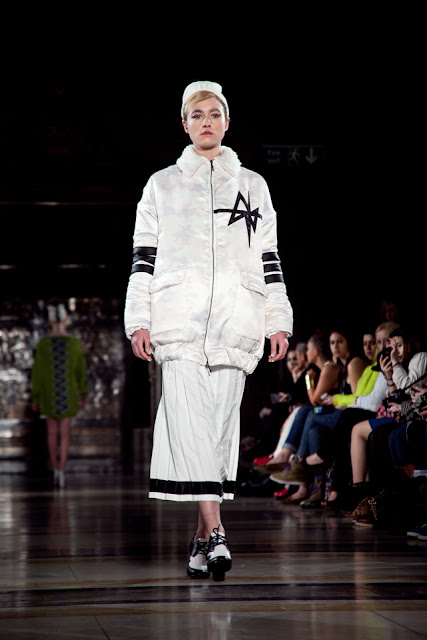 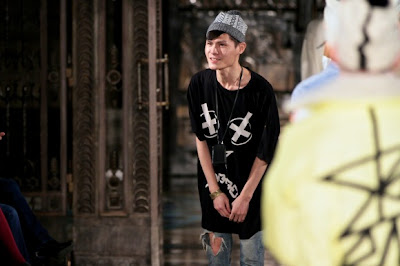 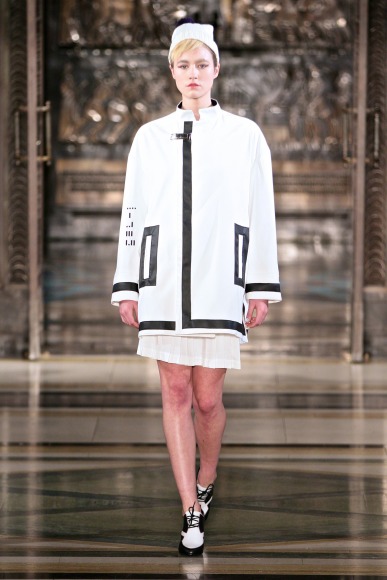 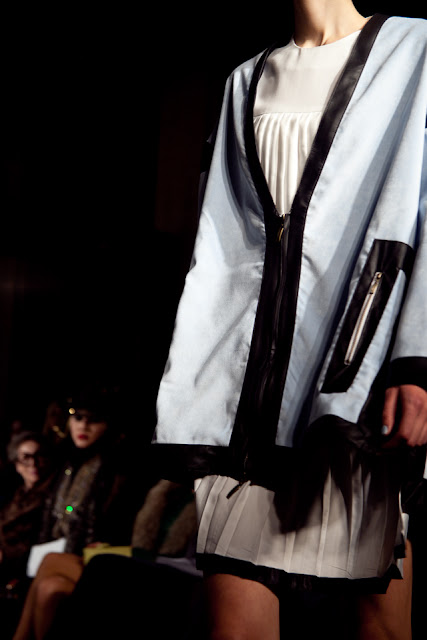 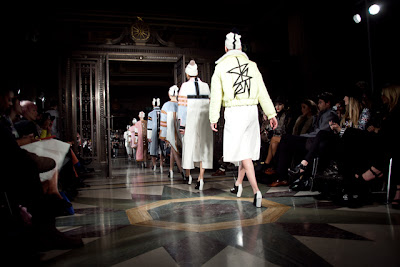