When I was first introduced to Eugene Lin’s work – just before he took part in the first Singapore Digital Fashion Week (DFW) – I was truly impressed.

And even though he felt the need to head to London to pursue his dream, his talent gave me even more  conviction that there are many more world class creative gems in the little red dot.

I was initially attracted by the obvious. The breathtaking digital prints which featured in Eugene’s past two seasons collections have been extraordinary. But when interviewing the designer as part of DFW he mentioned to me that it is not something he will keep doing for long so I half expected his latest collection at London Fashion Week might come as a surprise for those used to seeing his stunning prints.

What he actually did was evolution and not revolution. He hasn’t ditched his staples, instead improving on his existing strengths and adding smaller experimental twists which hint at a new direction. 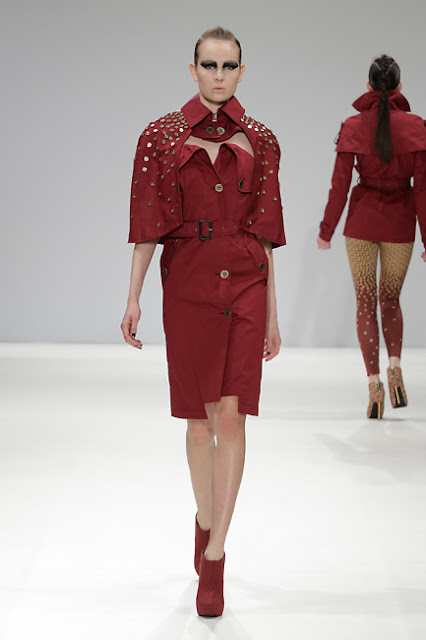 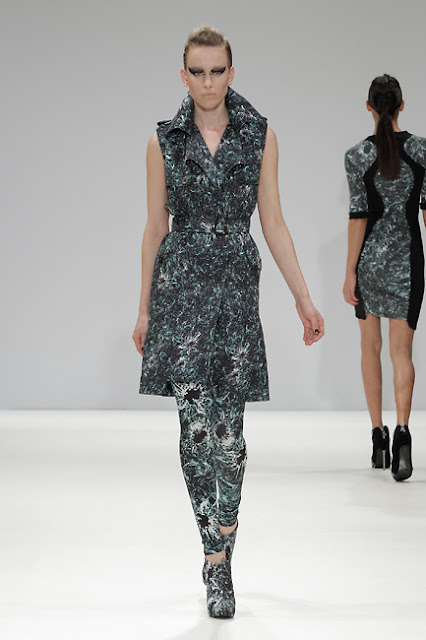 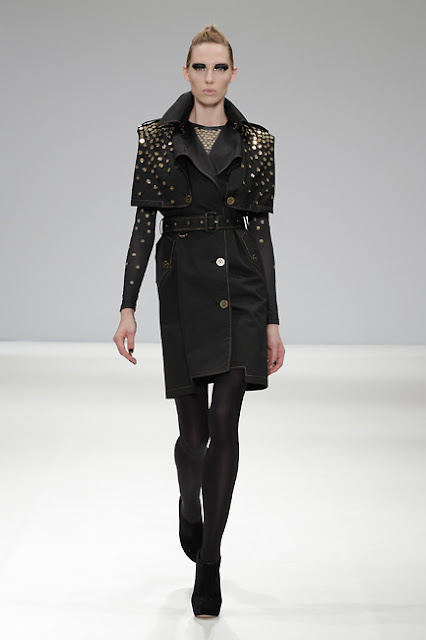 From the beginning of the show, the mood was set by the soundtrack including Cher’s Bang Bang (My Baby Shot me Down) and a cacophony of gunfire. The name of the collection was Cupid De Locke which is described as a sequel to his spring/summer 2013 collection The Judgment of Paris.

The theme itself is an exploration of the relationship between love and violence and as a result the collection came tough and sexy using some stunning details and darker colour scheme of black and burgundy to illustrate the theme.

While Eugene’s aesthetics remain familiar, i.e. perfectly-tailored separates mixing prints and basic pieces, figure-hugging ultra feminine frocks and uber chic trench dresses – this collection has seen the London-based designer push more boundaries and explore different techniques and creative re-compositions of some pieces like the trench - which I will come to shortly. 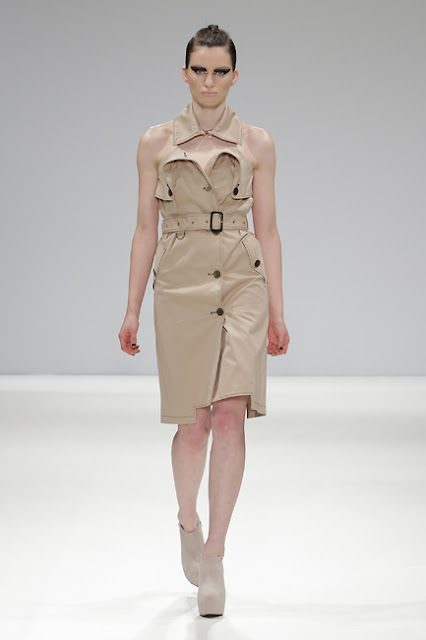 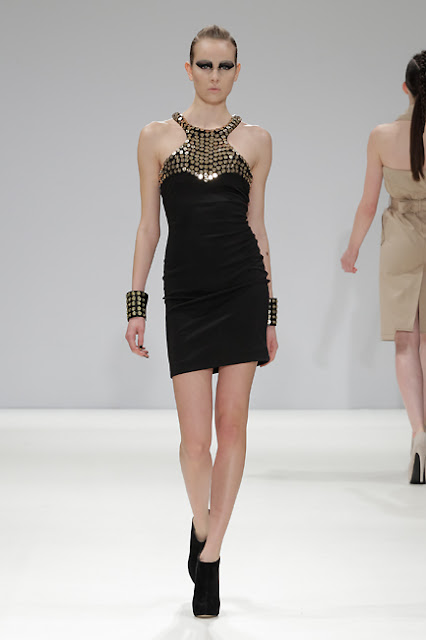 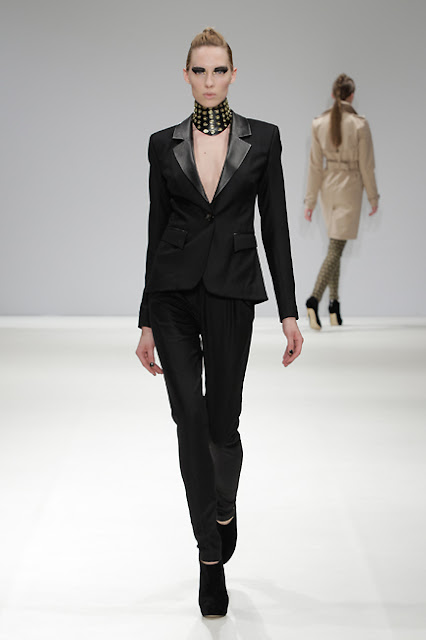 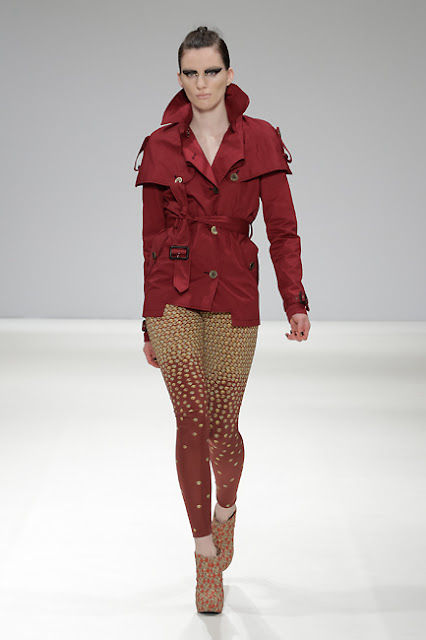 The biggest surprise comes with the fact that the two standout elements did not involve the ‘p’ word. While the shattered glass print has added another dimension to pieces like dresses and shirts, the focus this time was more on the embellishment and re-working the possibilities of the trench – a signature in Eugene’s recent collections.

The sexy dresses came in mini and knee-length versions with a tough edge added by bullet shell adornments giving it that rock n roll element. The result was super sleek, wearable and most importantly flattering. An often forgotten aesthetic which is not always easy to find in young designers’ who are keen to make a statement. There is no man-repellent look here thank God!

The most wow-inducing pieces were the trench coats, jackets and dresses which were re-imagined by Eugene in all different cuts and forms that made me wonder what how he came up with so many variations! I especially loved the trench strapless top and trench dress with detachable cape and the stunning embellished version. Burberry eat your heart out! 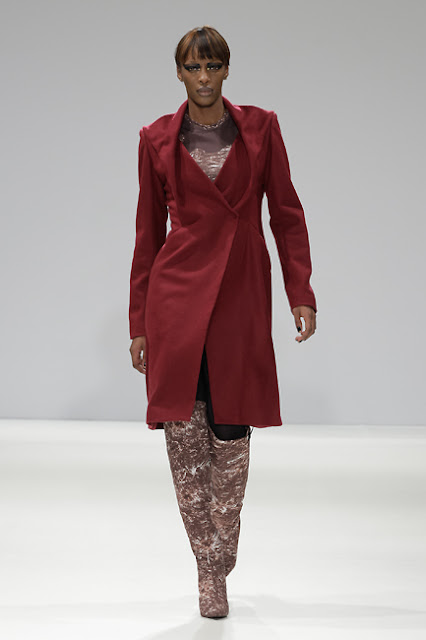 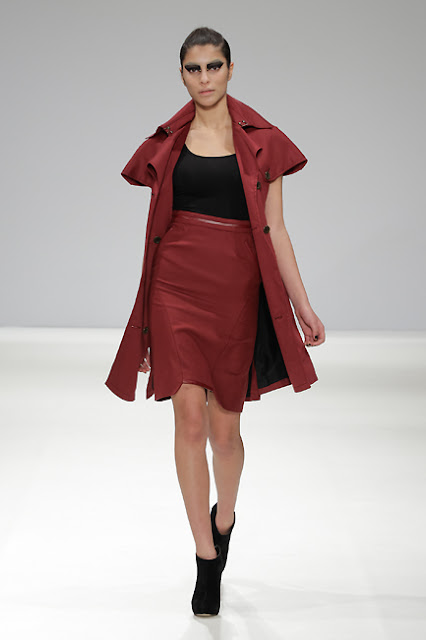 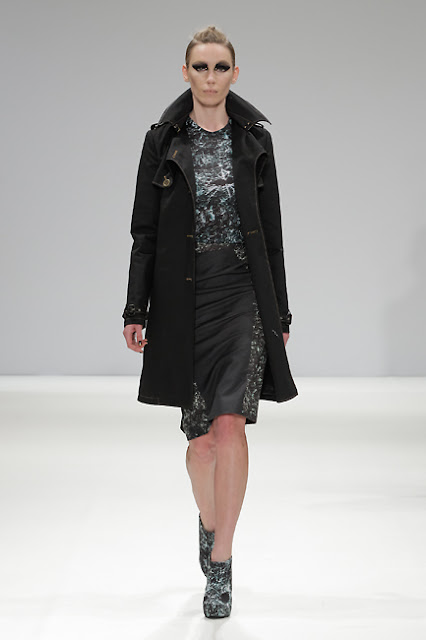 These pieces have demonstrated a great deal of skill in that area and the versatility of the designer which proves that there are always different and new techniques and ideas to explore. This is clearly the work of a designer cementing his own signature style, but feeling comfortable enough in his craftsmanship to be able to add those tailoring and patterning twists. If you think of the ethos the amazing Sir Paul Smith does it for his menswear you won’t be far wide of the mark.

I have to say that – as a Singaporean resident and honorary one if you like - I’m so very proud of Eugene, hopefully the first of many in a new wave of Singaporean international talent. 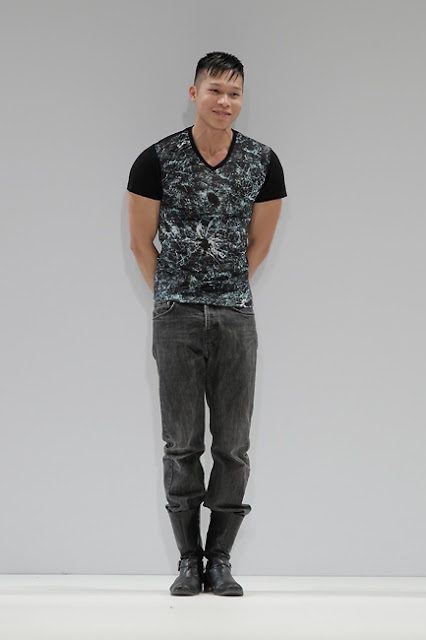 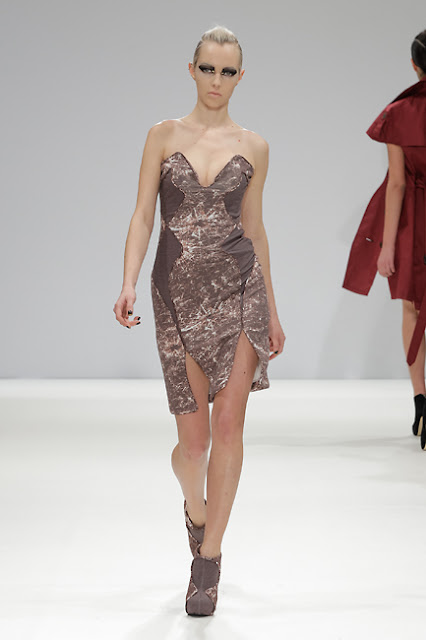 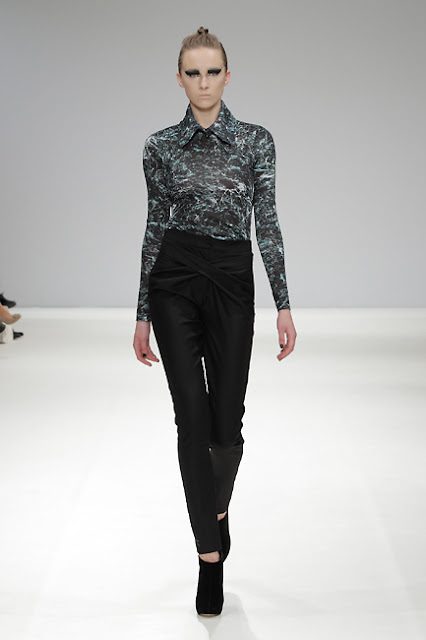 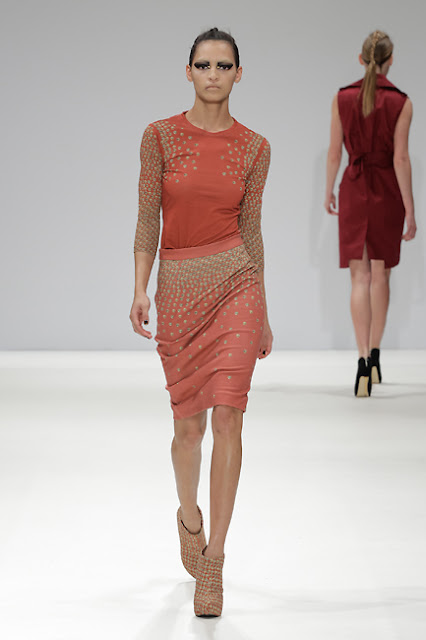 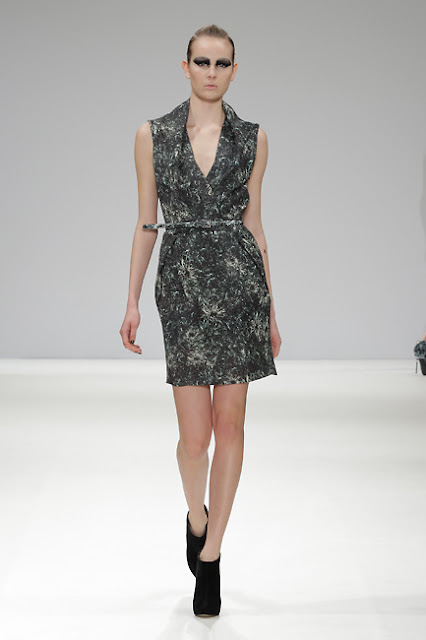 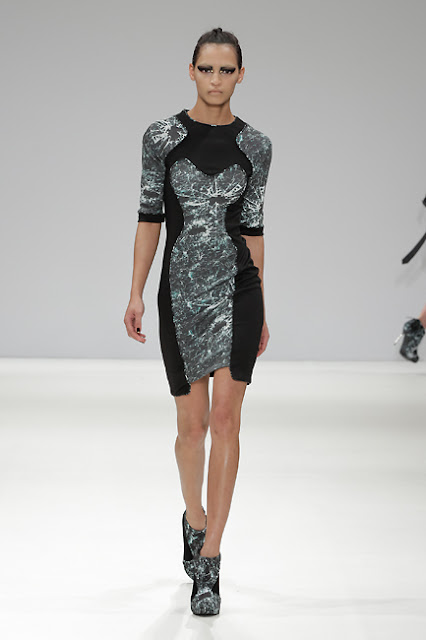